I waited until the last day of the Auto Show because I thought there would be less people and a better chance to photograph the cars.  Boy was I wrong.

It seems that a lot of people in Houston like to go to the Auto Show on the last Sunday also.  There were so many people that it made getting photos very difficult.

I was able to photograph the cars they had by the entrance, after I waited until people moved out of the way.

I don’t usually like a yellow car, but this one looked pretty cool. 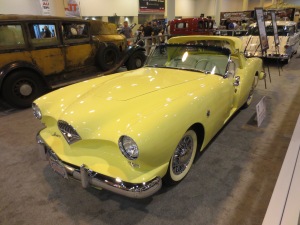 Notice the door slides in and out and doesn’t open up by swinging wide.

They also had an old station wagon on display. 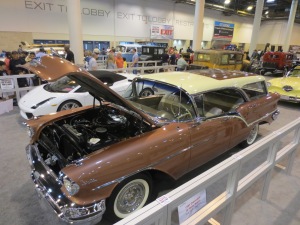 Steering wheels were a lot thinner back then and also, notice no seat belts. 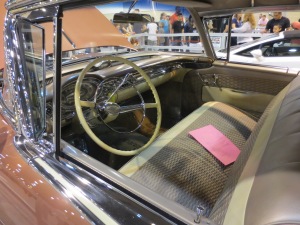 This station wagon had a better paint job.

This old fire truck was in great condition. 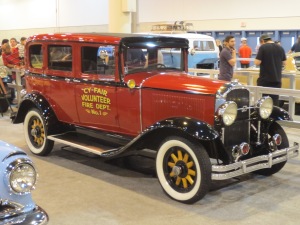 Here’s the inside of it.

Can you imagine back in the day when you were a stud if you drove one of these.

This is a version of a ‘woodie’ because of the wood side panels. 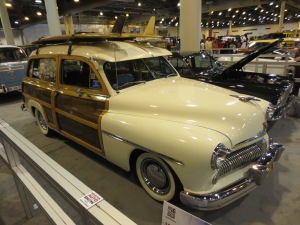 I didn’t notice the sign until I got home and looked at the picture. I wonder what the headliner looked like.

It had lots of stickers on each side of the vehicle.  Notice the yellow, polka dot bikini… like the song. 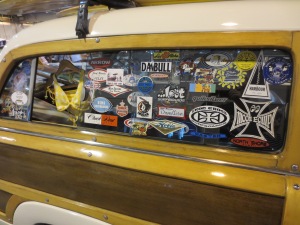 Many people drove a VW van to concerts and other events when it was a popular vehicle.

These next pics are of the new McLaren. 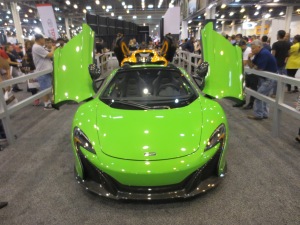 I think I heard people talking about the cost being in the hundreds of thousands.

I always like to show the dash of the vehicles I photograph.

This was the only photo I got of this McLaren because the people were so jammed up around it.

You could sign up to test drive lots of cars.  Here’s the line for the Hondas.  It got longer later in the day.

This was the easiest car to photograph. 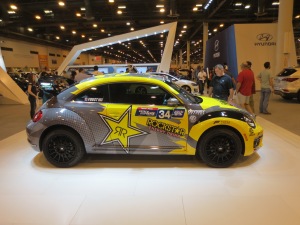 It was a MadHouse everywhere throughout the hall.  There were lots of people checking out the cars and trucks. 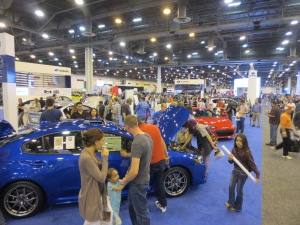 The Alfa Romeo had its’ own stage so it was easier to photograph when you waited your turn to get near it.

These Ford spokesmodels were trying to get people to take Selfies with the Fords to post behind them on their wall. 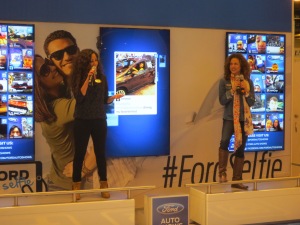 The Hummers were decked out. 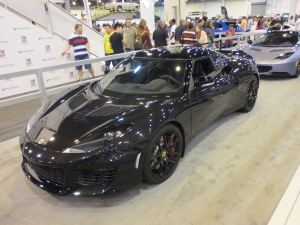 This was the only car to have a model next to it.  I think it was a Lamborghini.

You could drive a Jeep on an incline.

And also over a large ramp.

The same with the Ram trucks.  This wasn’t so impressive to me, but I guess it was to others.

You could get an autograph from some Houston Rockets Dancers. 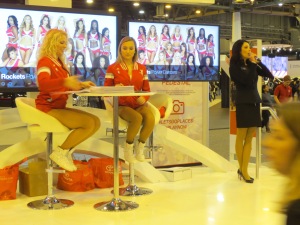 Here’s some more photos to show you just how crowded it was.

These guys were waiting in line to sit in this car.

At one display, you could drive a race simulator.

Lots of people waited in long lines to test drive the cars and trucks.

I’ll never go back to the Auto Show again.  It’s too hard to get any good photos of the cars because of all of the people.

I hope you’ve enjoyed this look at the Houston Auto Show for 2016. 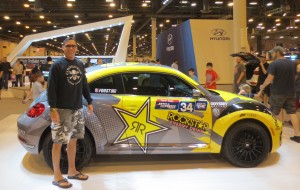