Posted by Spider Michaels on May 30, 2015
Posted in: Travel. Tagged: Ben Franklin, The Liberty Bell. Philadelphia. Leave a comment

For this Blog Post, I take you to Philadelphia, Pennsylvania to see and learn about our famous Liberty Bell.  The Liberty Bell, at one time, was placed in the steeple of the Pennsylvania State House and is a symbol of American Independence.  It was commissioned from the London firm of Lester and Pack in 1752.  It has the lettering “Proclaim LIBERTY throughout all the land unto all the inhabitants thereof”.

The Liberty Bell cracked when it was first rung after its’ arrival in Philadelphia.  Can you imagine what they thought when it cracked after its’ first use?  I’m quite sure they were very upset.  The bell was recast twice by John Pass and John Stow.  The names Pass and Stow are on the Liberty Bell above where it was cracked.  I’d say that was pretty good advertising for two workmen to have their names on such a Bell that would be famous, loved and seen forever, throughout History. 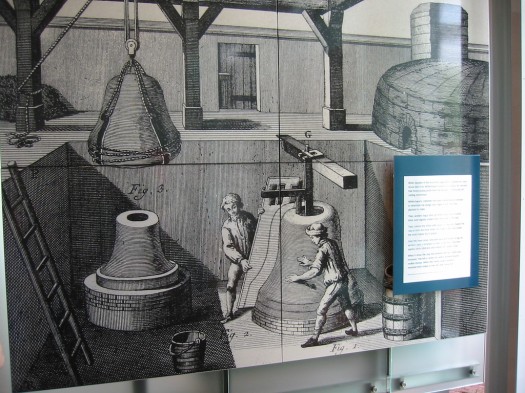 The bell was used to call people to public meetings and summon lawmakers to legislative sessions.  No bells were rung after the Second Continental Congress on July 4, 1776 but they were rung after the reading of the Declaration of Independence on July 8th, 1776.

After our independence was secured, the bell fell into obscurity until the abolitionists adopted it as a symbol.  They are the ones who dubbed it “The Liberty Bell”.  The abolitionists wanted to abolish slavery thus giving independence and liberty to the southern slaves.

In 1847, a short story claimed that an aged bell-ringer had rung the bell on July 4th, 1776, upon hearing of the vote for independence by the Second Continental Congress.  Despite this not being true, the tale was accepted as fact.  In 1885, the city of Philadelphia began sending the bell to various expositions and patriotic gatherings, where it attracted huge crowds. They had to stop because the crack was getting bigger and people started to chip pieces off of the bell for souvenirs.

The Liberty Bell has been used on coins and stamps, and many companies use its’ image. 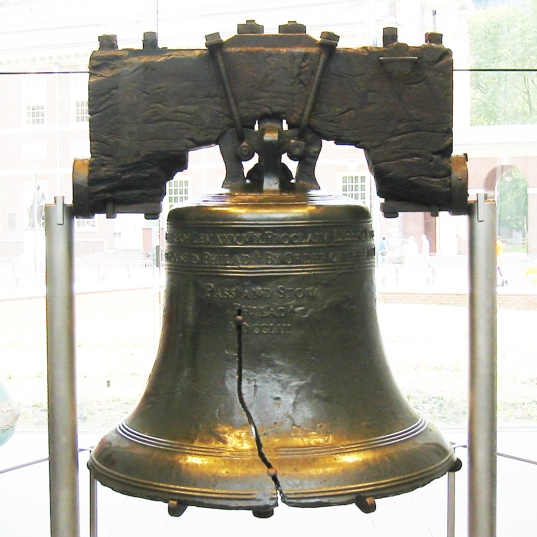 I enjoyed visiting Philadelphia and walking in the same footsteps as Ben Franklin and seeing his printshop, where he took over printing The Pennsylvania Gazette which became the most successful newspaper in the colonies.  I even took a bus tour around Philly and saw Ben’s grave, where it is a custom to throw a penny on it because Ben’s famous quote was “A penny saved is a penny earned”.

Philadelphia is a fun city to visit and it has so much History that you learn quite a lot while you are there. I would go back again because there is always more to see and experience. I hope you enjoyed reading about the Liberty Bell and seeing my pictures.

You can see more of Philadelphia and lots more photos and videos at my website.