Chicago is the third largest city in the U.S. behind New York and Los Angeles, with a population of over 2.6 million people.

Many believe it’s called “The Windy City” because of the chilly gusts of wind but that’s not true.  Some believe that the nickname started because of the hot air coming from Chicago politicians.

Just like most major cities, you can take a carriage ride around to see the sights.

When I travel, I take pictures of buildings that I like.  This one looked good with the vines growing all over it. 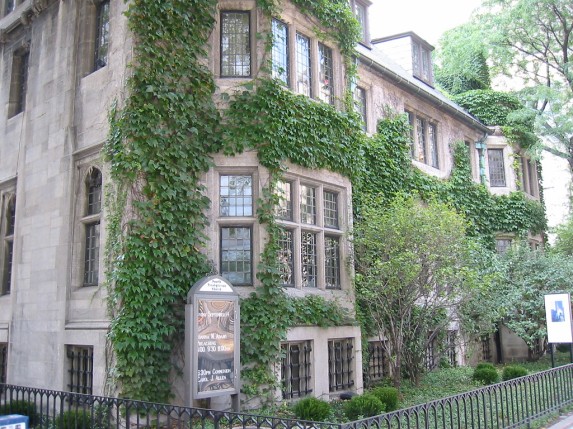 I went up to the restaurant of what used to be called the Sears Tower.  It’s called the Willis Tower now and it’s 108 stories tall.  It’s the second tallest building in the U.S.

I thought this was a cool photo with the view from the restaurant and all the nicely set tables, ready for diners. 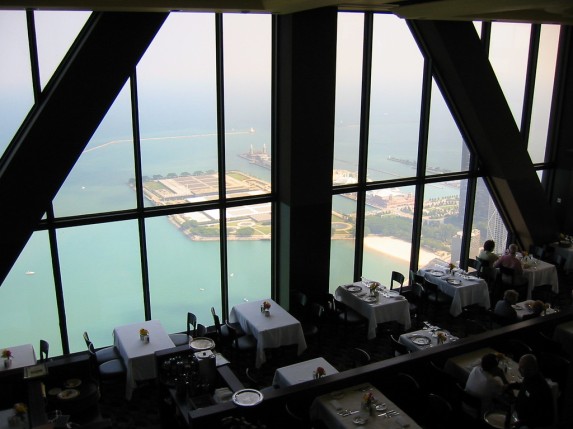 Chicago has 5 major sports teams: the Bears, the Cubs, the Bulls, the Whitesox and the Blackhawks. 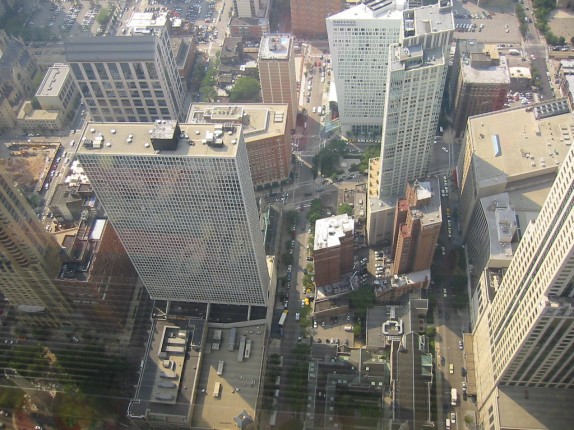 Hillary Clinton, Harrison Ford and Walt Disney were all born in Chicago.

The longest street in Chicago is Western Avenue and it is 27.38 miles long.

Navy Pier is Chicago’s number one tourist attraction.  It was built in 1916 for 4.5 million dollars.  When it was completed, it was the largest pier in the world. 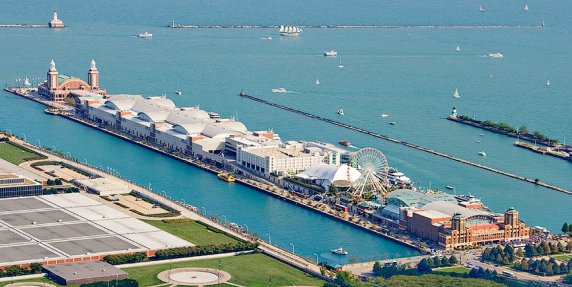 It’s 3,300 feet long and was built to handle shipping and as an entertainment site.  The Ferris Wheel is 150 feet high, runs year round and has a maximum capacity of 300 people.

Clinton Shepard set a Guinness World Record for the longest marathon ride of a fair or amusement park attraction by riding the Ferris Wheel for 48 hours, 8 minutes and 25 seconds with no sleep.

Chicago is the home of the first Ferris Wheel, which made its’ debut in 1893.

You can take a tour bus ride around the city.  I usually do this to get photos and video but I’ve never done it in Chicago before. 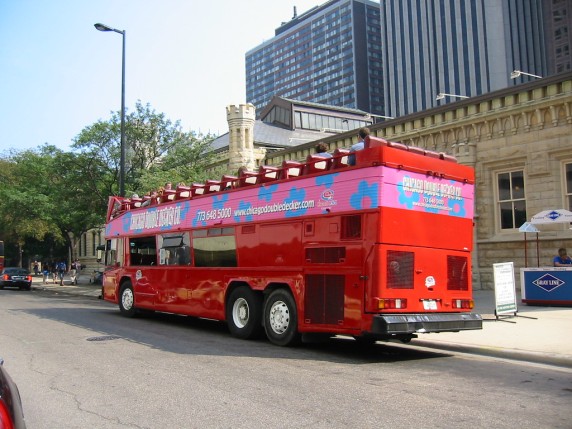 This company offers tours as well but from a converted fire truck and it’s called “Fire Truck Tours”.

This was another building that I liked, so I got a picture of it to share.  It’s the Chicago Water Tower.  It was built to house a large water pump to draw water from Lake Michigan.  It’s the second oldest water tower in the U.S.  The Water Tower is located on Michigan Ave. along the “Magnificent Mile” shopping district, one of the most famous shopping streets in the U.S.  It now serves as the Chicago Office of Tourism art gallery.

I think I liked this building the best out of the ones I saw in Chicago. 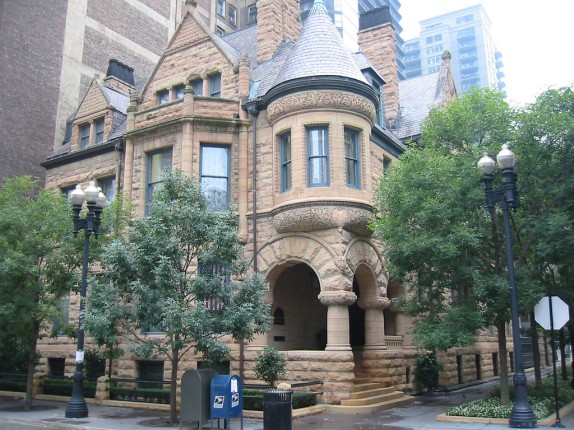 Whenever I travel, I always like to photograph fire trucks and police cars so people can see what other cities vehicles look like. 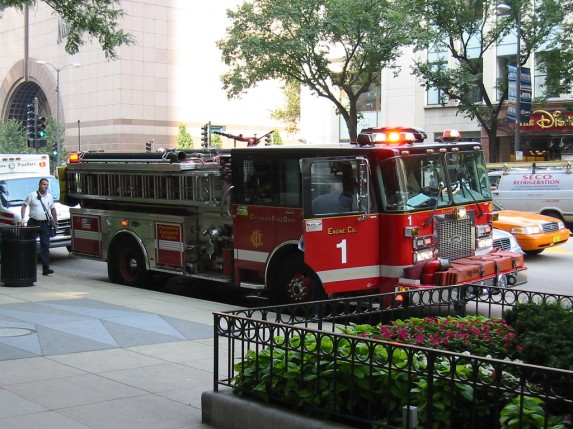 Chicago has vehicles that resemble cable cars but have wheels instead. 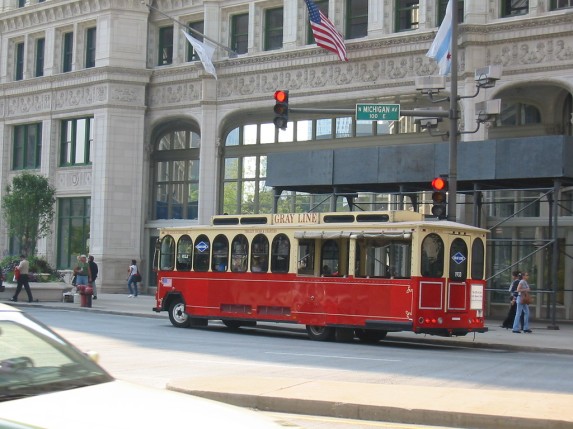 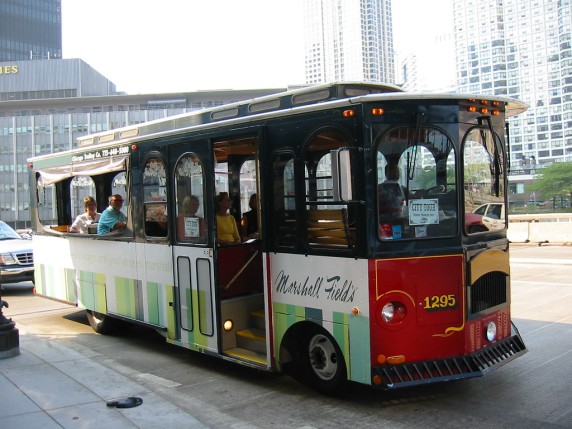 The Chicago Sun Times is the oldest continuously published newspaper in the city.  It began in 1844 as the Chicago Daily Journal.

Since Chicago is so large, you’ll see a lot of stretch vehicles to rent out for your special occasion.  I can’t imagine the gas mileage on this thing.  About 2 miles to the gallon, lol. 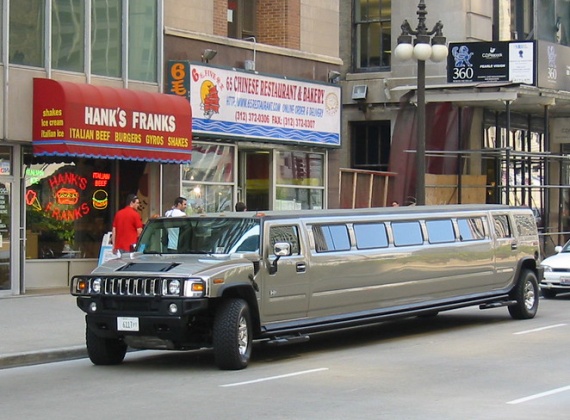 Chicago is on Lake Michigan.  It gives Chicago a very scenic look.

You can take a boat tour also.  I’ve never done this and I don’t think I want to either. 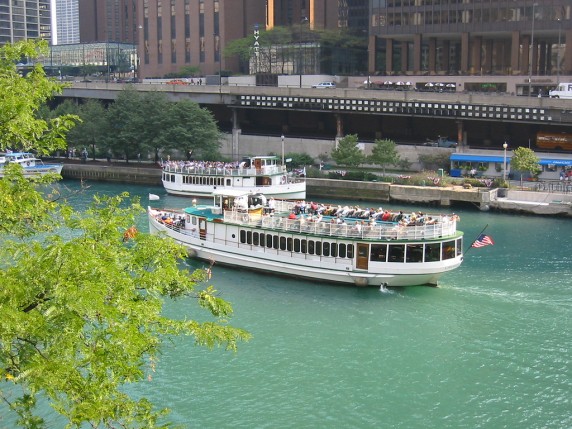 The bridge that the boats go under is grated so water can pass through it.

Dave Matthews’ tour bus was passing over the bridge and they decided to dump the contents of the bathroom in the water through the bridge.

A boat with more than 100 people was passing under and the they got covered in whatever came out of the tour bus’ bathroom.

The driver pled guilty to dumping 800 pounds of human waste and was fined $10,000, put on probation for 18 months and sentenced to 150 hours of community service.

The passengers got a refund and said it ruined their clothes, messed up their cars on the ride home and made some sick.  Also, others went to get checked out at a hospital.  I won’t tell you how the passengers described it but it was gross. 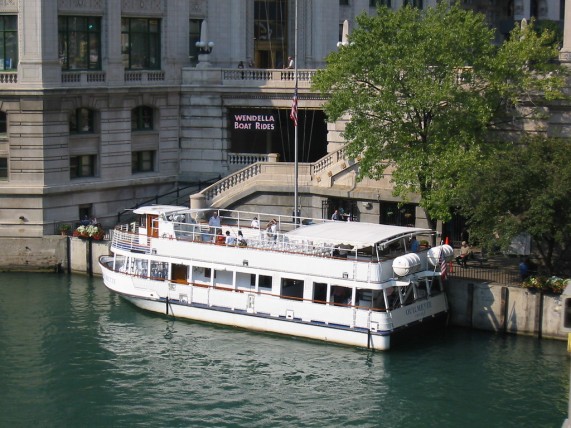 I enjoyed my trips to Chicago and will return again someday after I check off some other things from my “Bucket List”.

Gea and myself in the Willis Tower restaurant.  I love traveling when you can meet up with relatives in great cities and spend some time together.

I hope you enjoyed reading about Chicago and I hope you get to go someday.  Check out more of my photos of Chicago and 25,000 more on my website.