The Arc de Triomphe is definitely one of the places you have to visit when sightseeing in Paris.  Construction was ordered in 1806 by Napoleon, the French Emperor.  He wanted to honor the Grande Armee, the name of the French army at that time.  Many don’t know that the land where the Arch is now was almost used to honor an elephant.  The plans were made to build an enormous Pachyderm there but at the last the city did not give approval, and so there was a space when the Arch was conceived. 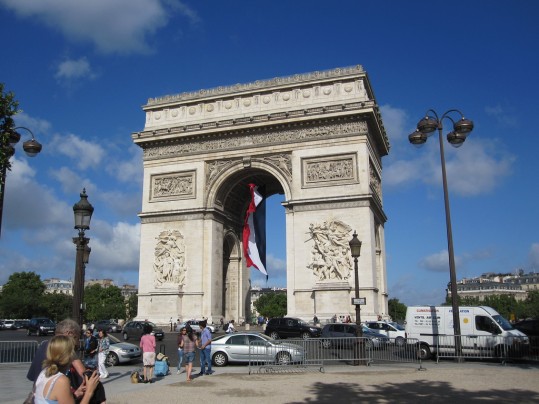 The Grande Armee had conquered most of Europe and was considered invincible.  After his Austerlitz victory in 1805, Napoleon said to his soldiers : “You will return home through archs of triumph”.

On the four sides of the Arch are great sculptures . 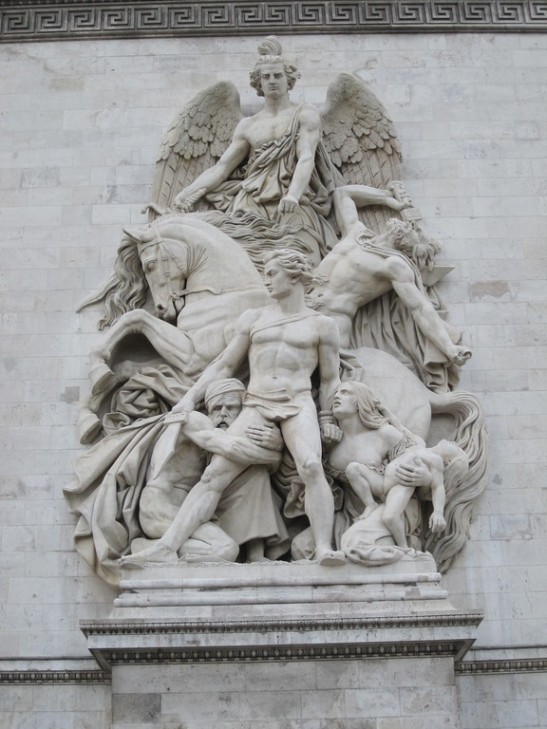 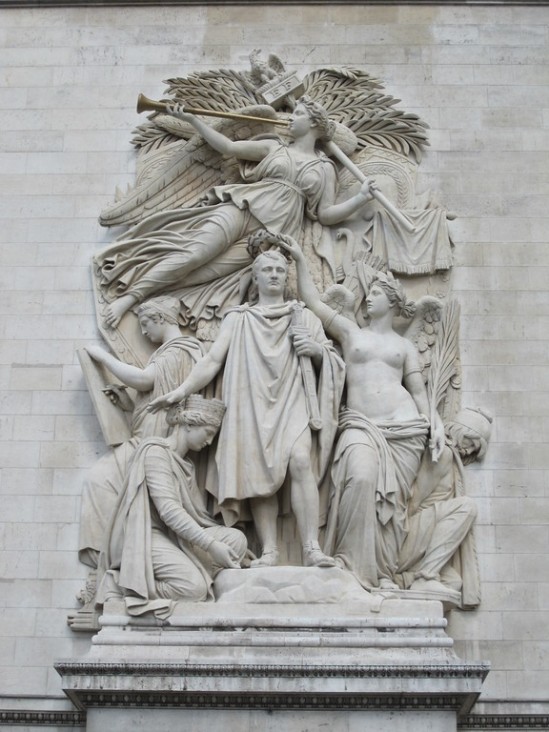 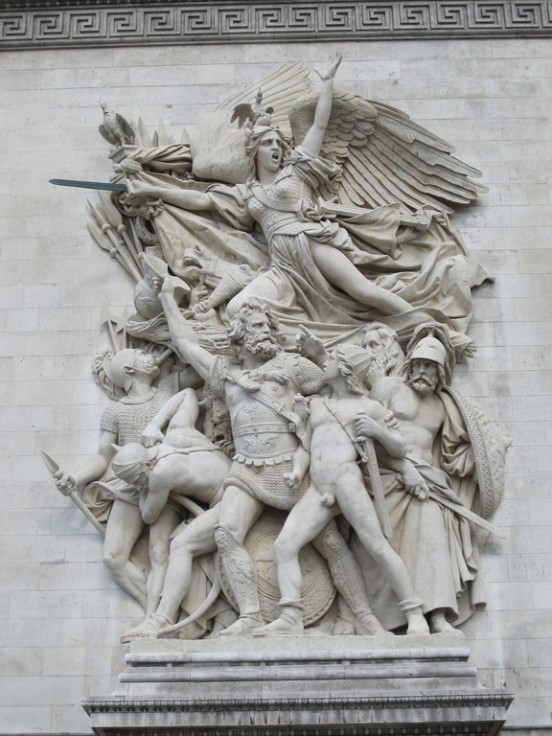 The Arc de Triomphe cost 9.3 million French francs, which was an enormous amount at that time.

The names of 128 battles and the generals in them are written on the walls inside the Arch.

Once you get to the top of the Arch, you can see for miles in every direction.  You get a great view of the Eiffel Tower. 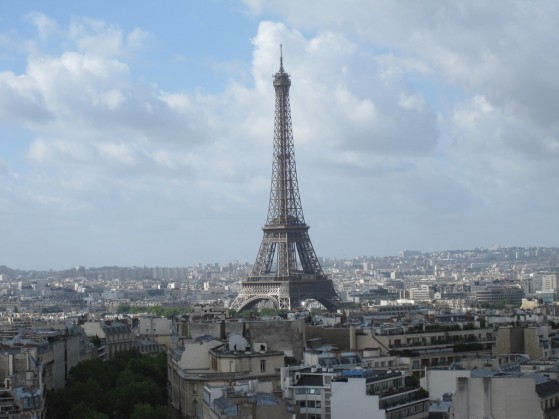 Also interesting about the Arch, all the roads in the area lead directly to it.  Here’s a picture of the famous boulevard, the Champs Elysees.  The Champs Elysees is considered by many to be the best shopping area in all of the world. 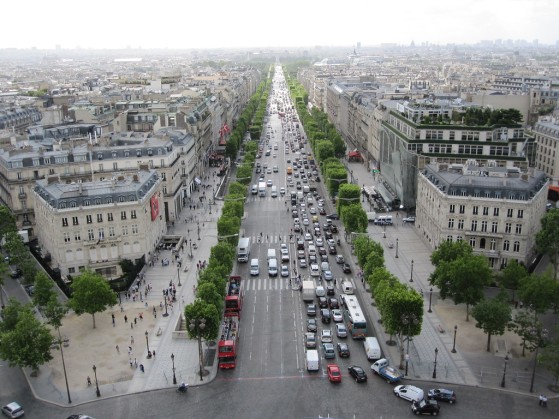 Just to prove my point, here’s another avenue that leads directly to the Arch.

Another great view from the top of the Arc de Triomphe is that of downtown Paris.

The Arc de Triomphe is definitely worth visiting on your trip to Paris.  Taking in the panoramic view of Paris is worth the climbing of the stairs.

I have more photos and video of Paris on my website.