Disneyland is in Anaheim, California and was the brainchild of Walt Disney.  It opened on July 17, 1955 and was built in one year’s time.

Disneyland has a larger cumulative attendance than any other amusement park, with over 650,000 visitors since it opened.

I’ve been to both Disneyland and Disney World in Florida and both are fun places to go.  I liked seeing the original Disneyland but I think I had more fun at Disney World because I went there while I was in college and I rode more rides while in the Florida park.

Many don’t know the story of Walt Disney.  As a boy, Walt threw a rock at a bird in a tree and killed it. He felt so bad that he went home and began drawing the bird in a way of bringing it back to life.  He began to draw other animals and the rest is history.

Disneyland only had 18 attractions on opening day.  14 of those attractions are still running today.

Mickey Mouse ear hats are the most popular Disneyland souvenirs of all time.

Every year, 2.8 million churros are sold at Disneyland.

The gold trimmings on the outside of the It’s a Small World ride are made of real 22 Karat Gold.

The abominable snowman in the Matterhorn is named Harold and there’s a basketball court inside where employee’s go shoot hoops on their breaks.

About 200 wild cats live at Disneyland to keep rodents away.  They’re nocturnal so sightings are rare.

Walt wanted his employees to be clean shaven so men weren’t allowed to grow mustaches until the year 2000.

3 babies have been born at Disneyland.

I like Walt’s parks and will try to visit again some day.  You should go if you get the chance. 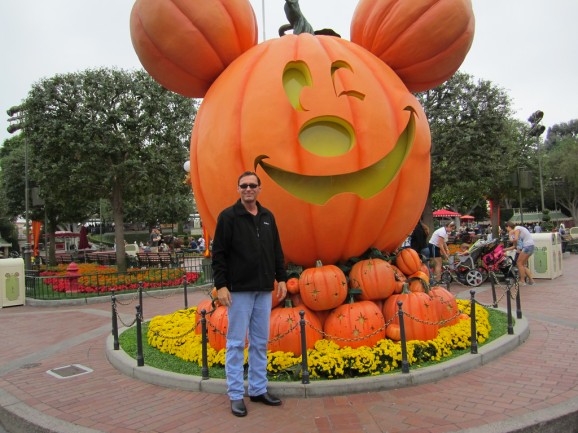 You can see over 30,000 travel photos and many videos on my website.