The United States has many great monuments.  One of the most famous is Mount Rushmore.  Carved into the Black Hills of South Dakota are the iconic faces of four former presidents of the United States – George Washington, Thomas Jefferson, Theodore Roosevelt, and Abraham Lincoln.  These men were chosen to represent the first 150 years of American history and America’s cultural heritage.

I decided to make a trip to the Sturgis Motorcycle Rally one August and one of the things to do there is to see Mount Rushmore.  It’s a short drive from the Motorcycle Rally and many attendees of the rally make the trip to see the Presidents.

Here’s a few bikers that I got a photo of.  I like their hats, lol.

There’s a nice walkway leading up to Mount Rushmore.

The idea came from Doane Robinson to promote tourism in South Dakota and his idea was wildly successful.  The park attracts almost 3 million park visitors every year.  Gutzon Borglum designed the sculpture.  Though he passed away before its completion, over 400 workers helped bring his vision to life.

In 1884, while visiting the Black Hills, New York attorney Charles Rushmore asked his guide about the name of a certain mountain.  The guide jokingly replied, “It hasn’t got one… so we’ll call the thing Rushmore.”  That mountain was officially recognized as Mount Rushmore during the carving 40 years later.

It took 14 years and 400 men to carve the mountain.  Despite harsh and dangerous conditions, no one died during the project.   Mount Rushmore cost nearly one million dollars and was mostly carved during the Great Depression.  Over 90% of Mount Rushmore was carved using dynamite.  The blasts removed approximately 450,000 tons of rock. Details were finished with jackhammers and hand chisels.

Along the way, there’s a memorial for all the workers who helped create Mount Rushmore.  The men who carved Mount Rushmore were mostly miners who had come to the Black Hills in search of gold.  They knew little about carving a mountain, let alone creating a giant work of art.  While the money was considered good at $8 a day, the project often ran out of money, causing the men to be furloughed or laid off.  But to their credit, when the mountain would start up again, the men would quit their jobs and come back to work on Mount Rushmore.

Mount Rushmore sponsored a baseball team that played other regional teams. Gutzon Borglum and his son Lincoln were so competitive that they would hire workers just because they could play baseball. A majority of the new hires could swing a bat but had no idea how to use the jackhammers or dynamite used to carve the mountain.

On August 10, 1927, President Calvin Coolidge officially dedicated Mount Rushmore.  While a ceremonial drilling took place, carving wouldn’t start until October 4, 1927.  The faces of Mount Rushmore are 60 feet high.  That’s the same size as a six-story building.  Washington’s nose is approximately 21 feet long.  The rest of the faces have noses that measure about 20 feet.  The eyes of each president are 11 feet wide, and their mouths are approximately 18 feet wide.

Thomas Jefferson’s face on Mount Rushmore was originally started on the opposite side of George Washington, but 18 months into the carving, they realized the granite was too weak.  His face was dynamited off and carved on the other side.  For the dedication of George Washington’s face, a group of Rapid City women sewed a 39ft by 67ft American flag.  The flag was later used to dedicate all of the presidents on Mount Rushmore. 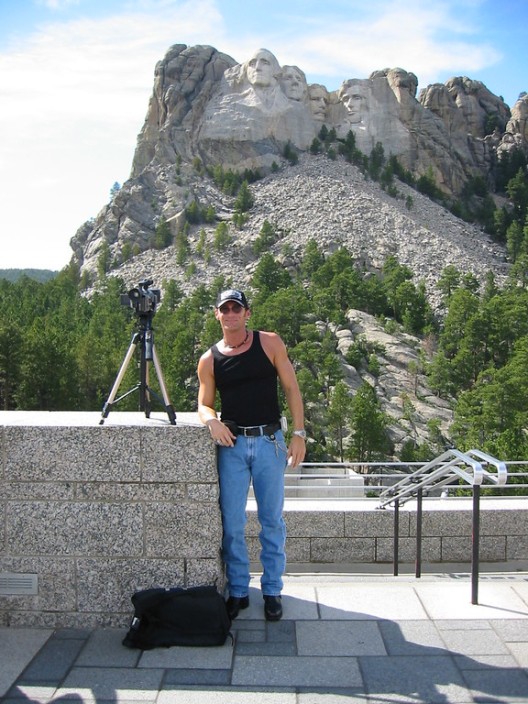 Many don’t know that there is a vault behind Abraham Lincoln.   Gutzon Borglum began blasting a Hall of Records.  He envisioned the hall to be a grand room that would house all of our nation’s founding documents and charters; like the Declaration of Independence and the Constitution.

I’d be remiss If I didn’t tell this story since I’m talking about the Black Hills of South Dakota.  Deadwood, South Dakota is near Sturgis and Mount Rushmore.  It is in this town that Wild Bill Hickok was killed in 1876.

Bill was only 39 when he died.  He was playing cards in the No. 10 Saloon when Jack McCall walked up from behind and shot him in the head.  He died immediately.  McCall was tried, convicted and hung for this.

Bill was one of the greatest gun-fighters of the old west.  And he died never having even pulled his pistol out of its’ holster or even seeing the man who killed him.

I’ve been in the No. 10 Saloon and it’s a cool bar.  They still have the chair Bill was sitting in when he died up on the wall on display.  If ever near Deadwood, make an effort to stop by and see the No. 10 Saloon where Wild Bill Hickok died.  Have a drink and remember Bill. 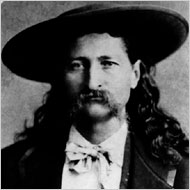 You can see all my travel photos and videos by visiting my website.

You can find more information about South Dakota by going to this website.