One of the more famous places in San Francisco is their Fisherman’s Wharf.  I’ve been to the city before and I’ve always enjoyed myself.  I even celebrated my birthday in San Francisco one year.  I can’t tell you about it because I don’t remember much, lol. 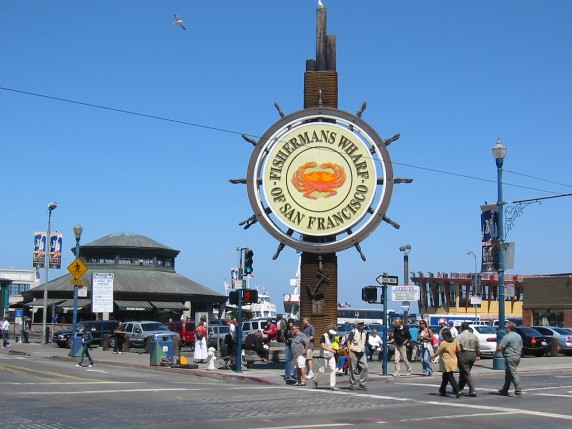 There’s lots to see and do at Fisherman’s Wharf.  You can find restaurants and shops, as well as great people watching. 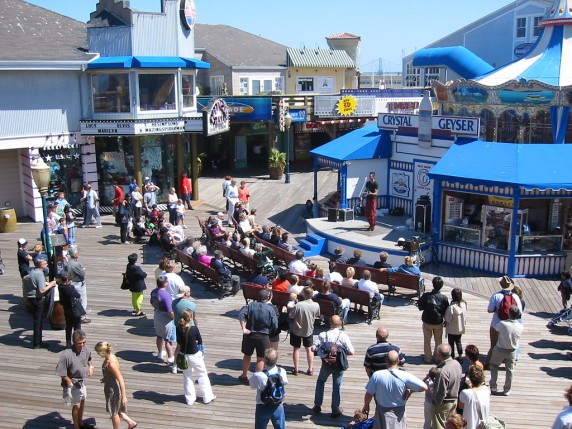 There’s live entertainment and many options for tours.  You can take a land, water or air tour and start them all from Fisherman’s Wharf. 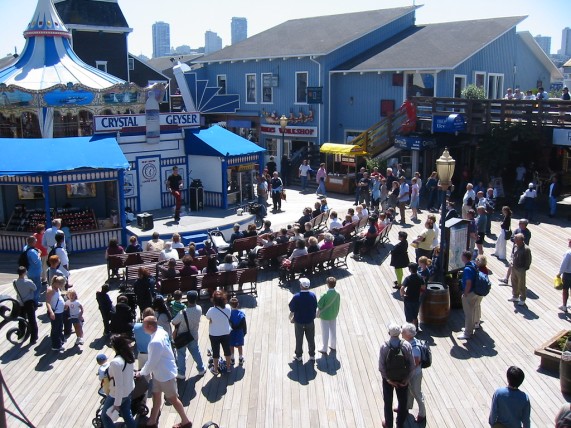 They also have a beautiful carrousel. 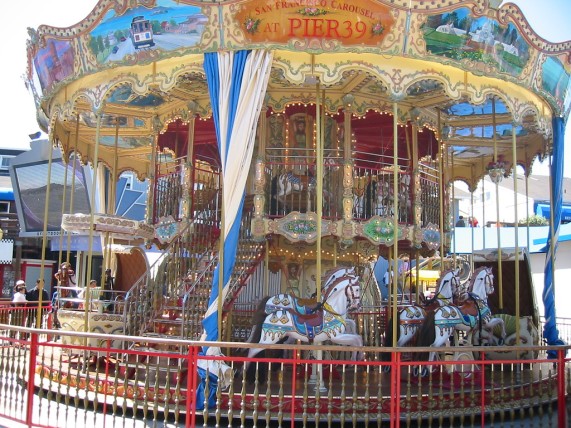 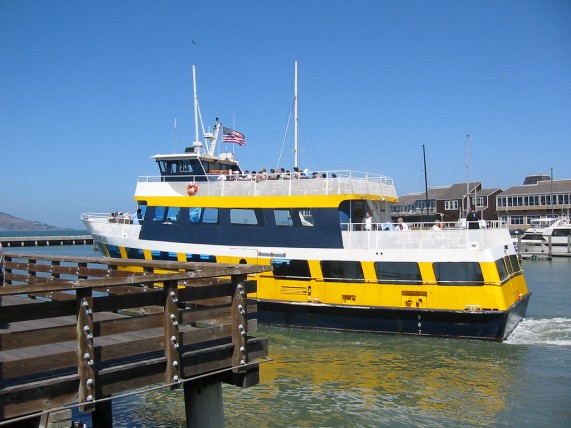 To Alcatraz Island.  I’ve been to the island before but didn’t have my camera when I went.

I plan to go back for photos and video.  I had a good time looking at a piece of history. 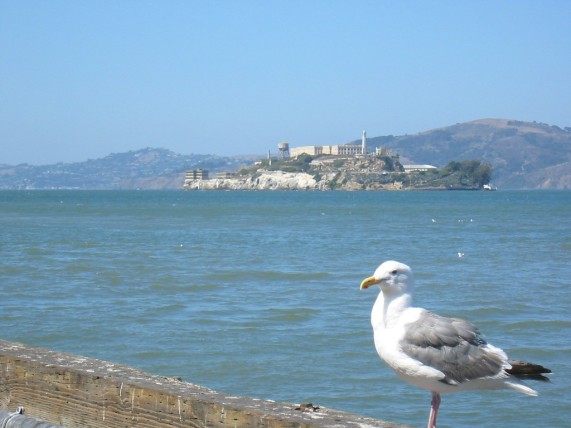 You can also catch a carriage ride around the area. 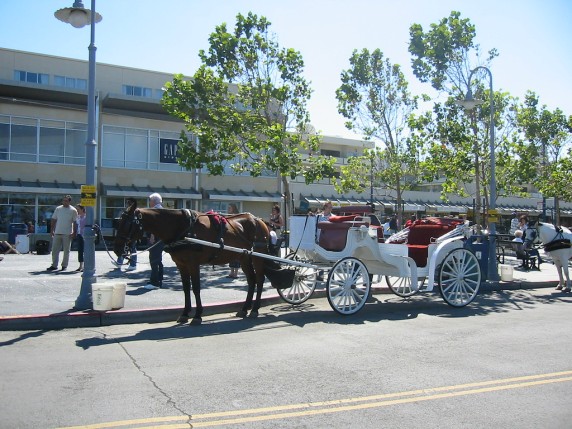 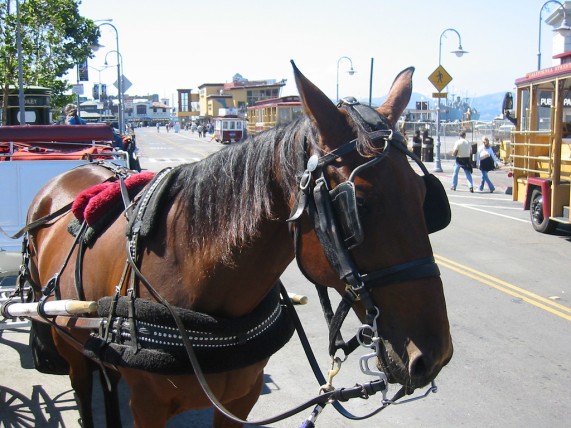 San Francisco is famous for its’ cable cars.  This vehicle only looks like one but has wheels instead. 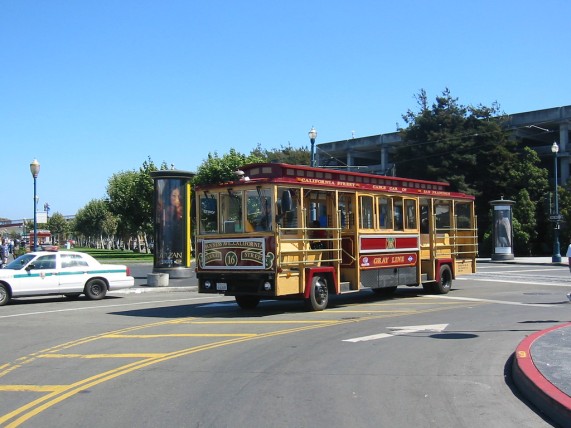 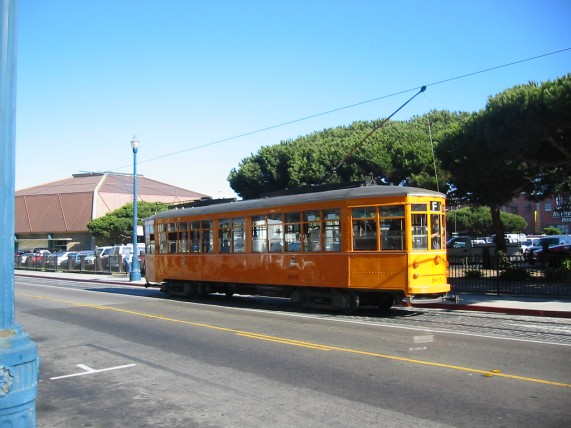 Another thing well known about San Francisco is its’ steep streets. 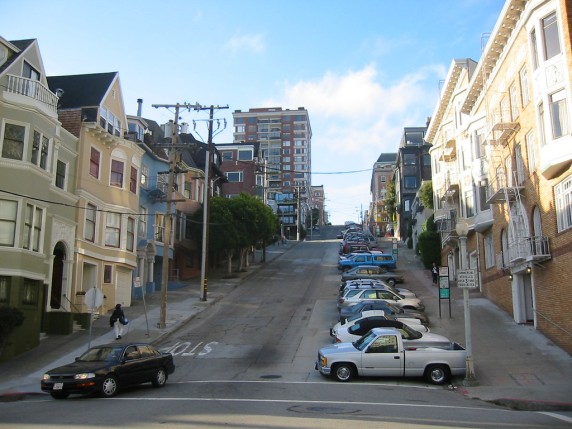 The Haight Ashbury area is famous for its’ role in the 60’s music movement.

The Haight, as it is also called, is known for its’ history of and being the origin for the hippie subculture. 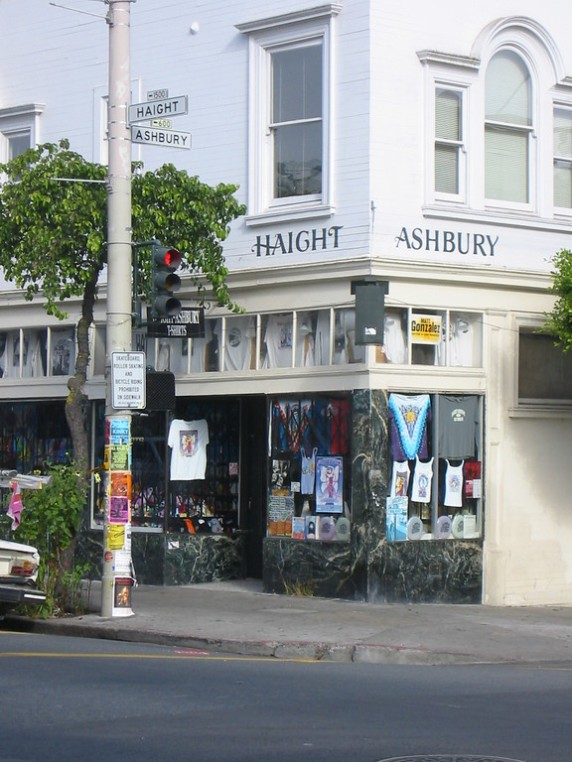 Here you can find all kinds of shops with great items for sale. 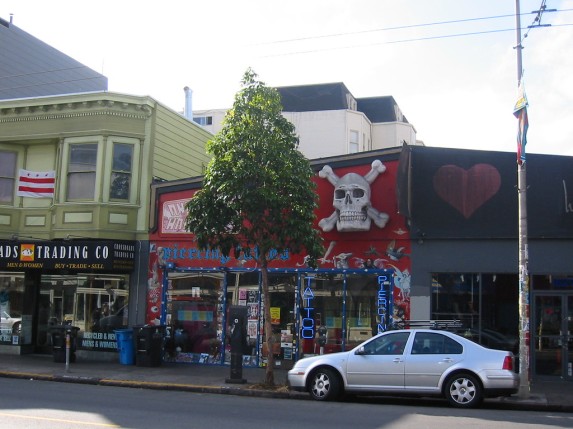 And plenty of wall murals.  This is Jim Morrison and Janis Joplin. 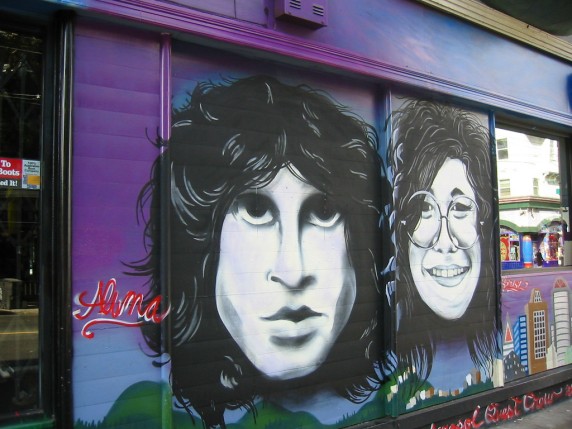 I visited the Chinatown section also and saw the restaurants preparing for a busy day. These are half pigs he’s carrying into the restaurant.  That’s a lot of pork! 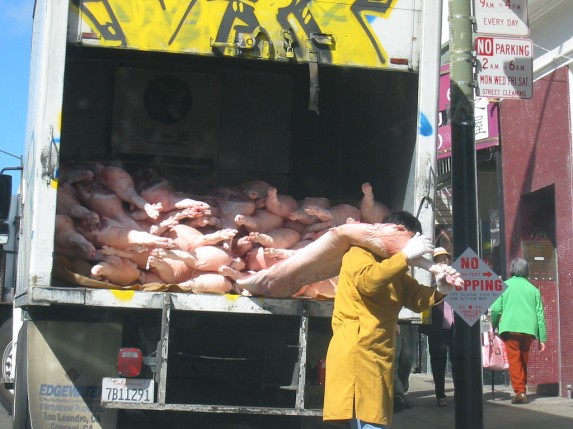 Here we see live chickens being brought into the restaurant for dinner that night. 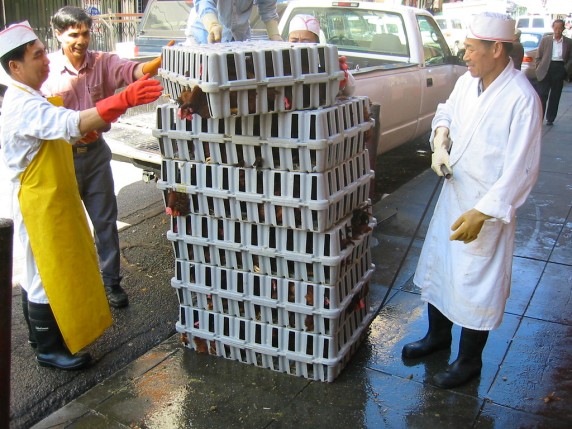 They also have food on display to tempt you into eating in their establishments. 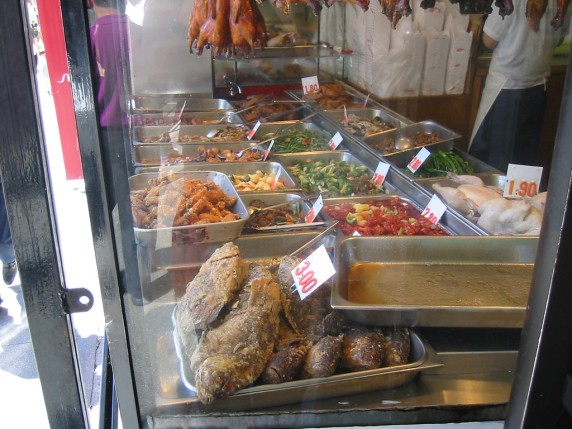 Cable cars were established between 1873 and 1890.  There were 23 lines back then but only 3 remain in operation today. 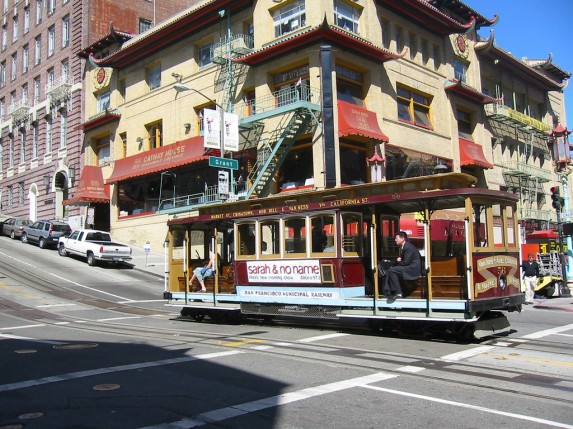 I made a trip to the San Francisco Zoo one day.  I’ll talk about that in a future article but I had a fun day seeing the animals. 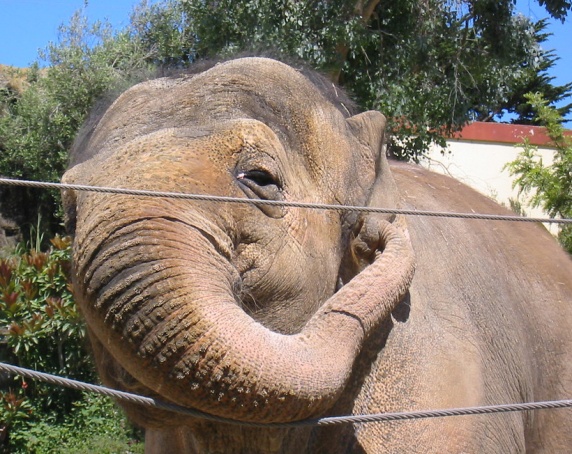 The last thing I’ll mention is the Golden Gate bridge which is known the world over.

I’ll go into detail about the bridge in another article when I dedicate the entire post to just it because it is so impressive.

The Golden Gate bridge is one of the most recognized symbols of San Francisco, California and the United States. 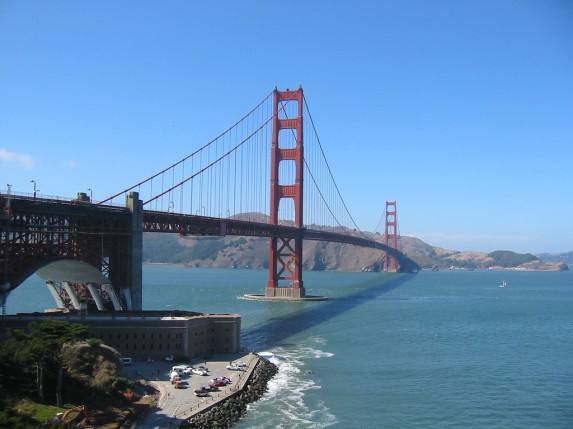 Oh, and I ran into another “Silver Man” while at Fisherman’s Wharf.  I always tip the person for a picture. 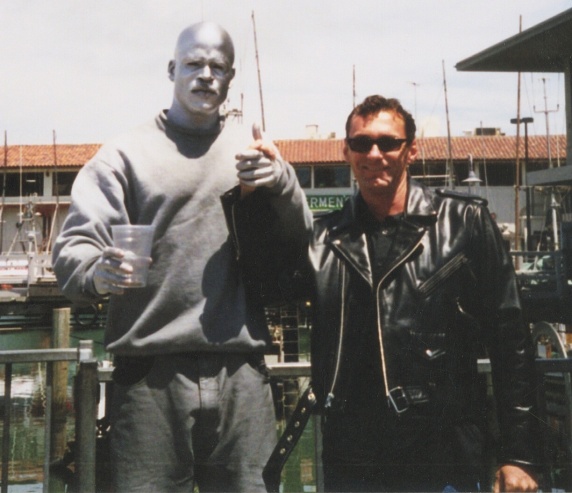 I hope you’ve enjoyed reading a little about San Francisco.  You can see my photos on my website along with 25,000 more from my travels. 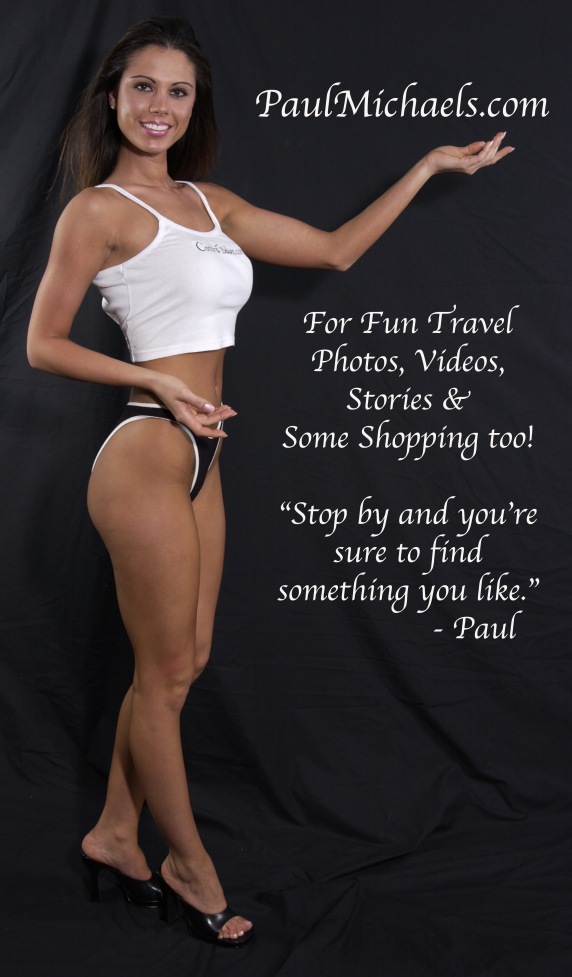