The Palace of Versailles

Posted by Spider Michaels on May 31, 2015
Posted in: Travel. Tagged: France, Marie Antoinette, Palace of Versailles, Paris. Leave a comment

The Palace of Versailles is located about 10 – 15 miles outside of Paris and is a short train ride away.  The reason I say 10 – 15 is because I’ve seen differing distances in my research.  Some say 10, others say 12 or 13 and one said 15 miles.  If you ever get to Paris, take the time to go see it.  It’s huge!  More than 3 million people visit each year so be prepared for crowds.  I felt like all 3 million were there the day I went, lol. 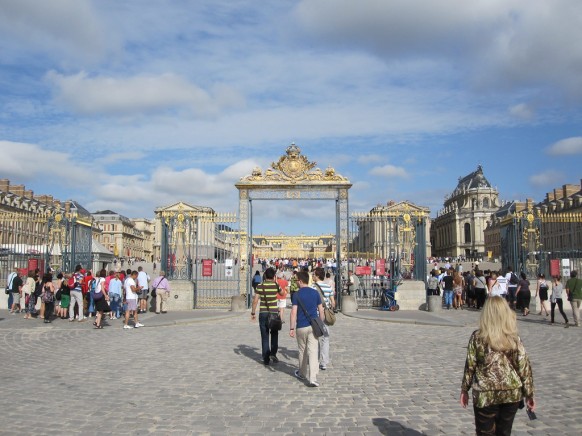 The Palace of Versailles is the central part of a complex that housed the French Government, most notably its’ royalty from 1682 to 1789.  It was used this way through the reigns of Louis XIV, Louis XV and Louis XVI.  After the revolution of 1789, it ceased being a royal residence.

The palace contains about 350 living units ranging from small multi-room apartments to alcoves.  A person’s rank and standing with the King determined how big of a living space they got.

The Queen’s living area was one of the largest in the palace because she was required to give birth in public so there would be no doubt about an heir to the throne.  During the birth of Marie Antoinette’s first child, the doctor panicked when 200 people pushed into the room. 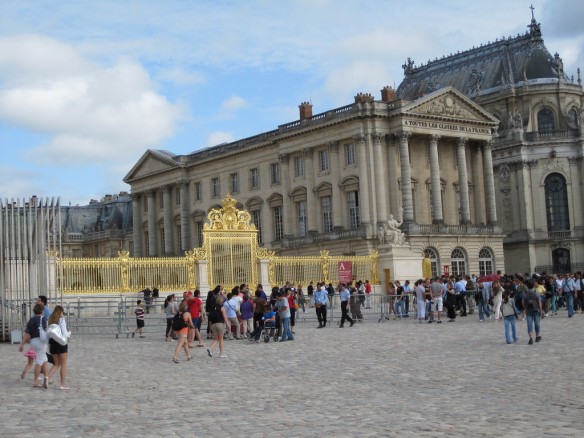 Many have heard of Queen Marie Antoinette.  It was during the revolution of 1789 that her and King Louis XVI were stripped of their powers and beheaded.  I’ve done some research and it seems that Marie Antoinette never said, “Let them eat cake”, although many believe this to be true… it’s not. 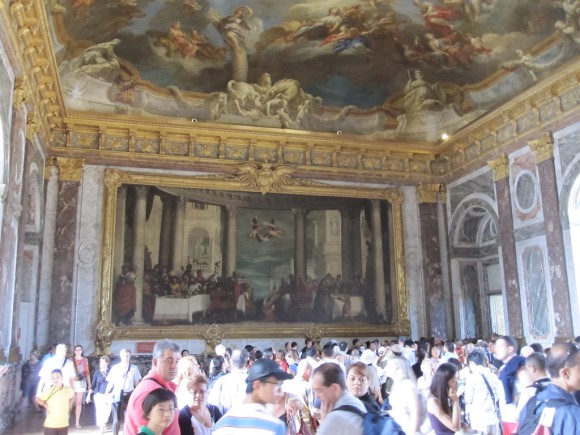 Below is a photo I took of ‘The Hall of Mirrors’.  It’s the most celebrated section in all of the palace.  It stretches 240 feet and before electricity it was lit by 3,000 candles.  It’s easily the most beautiful place in the entire palace.  The Hall of Mirrors contains 17 large chandeliers and 26 smaller ones, each made of solid silver.

The cost in modern dollars to build the palace would be 2 billion dollars and took 3,000 workers to build it.  The palace contains over 700 rooms, over 60 staircases and 1,200 fireplaces.  The King had 200 servants to take care of his daily needs.  One duty was to empty the royal chamber pot. 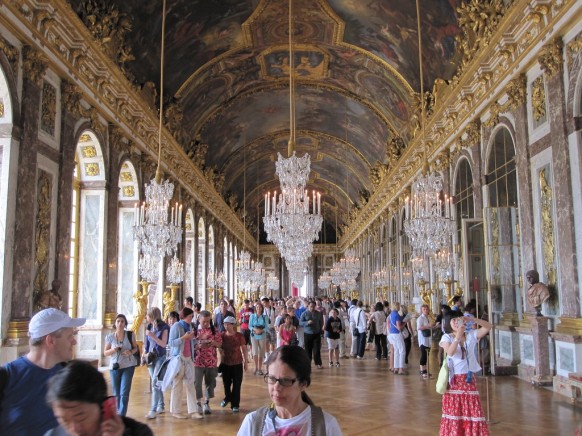 The Palace of Versailles has been the location of many treaty signings.  The treaty ending WW! was signed there on June 28, 1919.  It is called The Treaty of Versailles and was signed in The Hall of Mirrors. 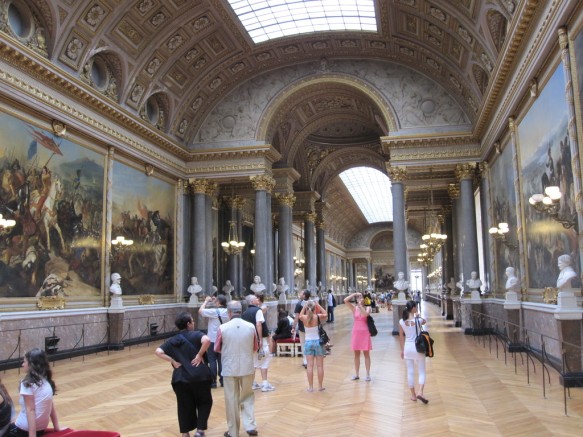 The gardens are beautiful and very large.  If you visit, plan on spending some time outside looking at the gardens. 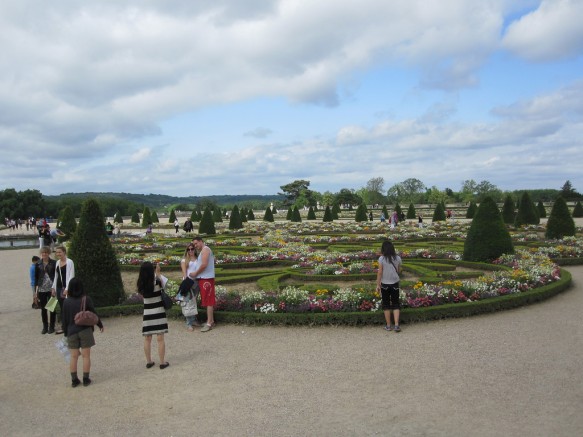 On the way out, they had a gift shop that sold these little treats.  I bought some and man o man were they delicious.  I’d go back just to get some more of these. 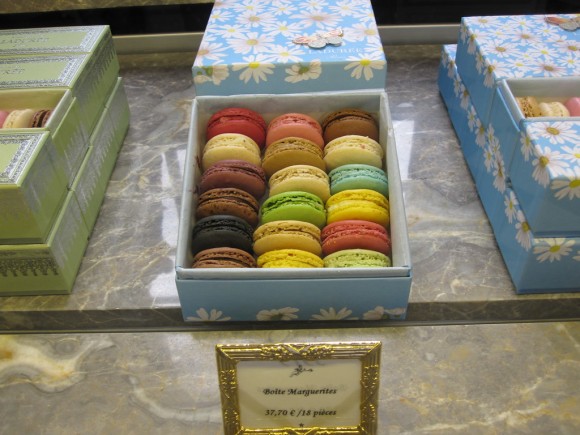 If you want to see some more photos and a video I shot of The Palace of Versailles, go to my website.

Also, you can ‘Like’ my Facebook page for more updates as to the next events and places I’ll be traveling to for photos and videos.