Posted by OfficialPaulMichaels on May 31, 2015
Posted in: Travel. Tagged: France, Paris, Sacre Coeur. Leave a comment

The Sacred Heart Basilica of Montmartre, or Sacre Coeur is a major landmark in Paris.  It’s the highest land in Paris and it’s been sacred since pagan times.  Druids are thought to have worshipped here and the Romans built temples to Mars and Mercury.

To get there, you have to walk up this thin street that is lined on both sides with little shops selling tourist things and knick knacks.  It’s fun to look at all of the things for sale but wait until you’re coming down off of the hill before you buy anything so you won’t have to carry it all day. 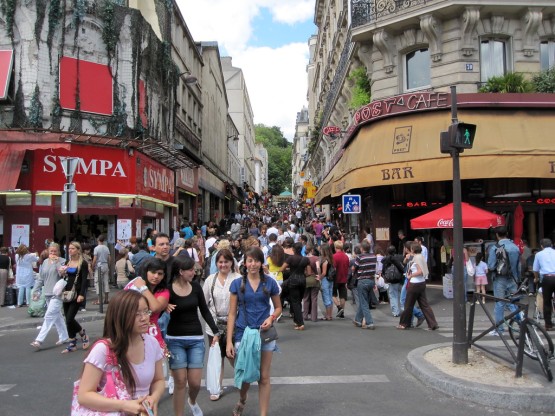 There’s a Merry – Go – Round for the kids at the bottom but beware of this area.  I’ve read that in this area there are con artists.  Here’s what they do… they walk up on an unsuspecting tourist and tie a bracelet on their wrist.  The tourist is flattered.  The trick is that the con artist ties the bracelet in a knot so you can’t get it off.  It is then that he demands payment for it.  First, this would never happen to me; second, if they did this to someone I was traveling with, say, a female, I’d hit this con artist so hard he’d wish he’d never gotten out of bed that day… Just sayin’. 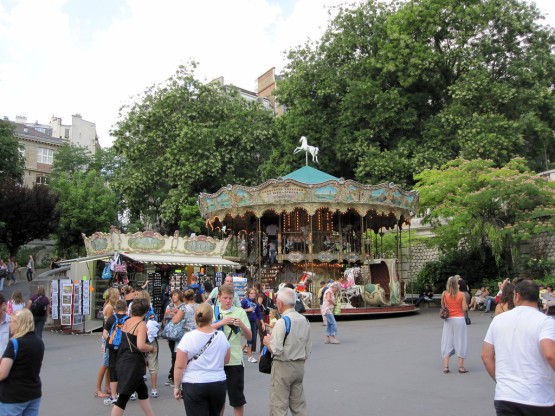 Montmartre was originally named “Mons Martis,” meaning “Mount of Mars.”  This was later Christianized to “Montmartre,” or “Mount of the Martyr.”  “Sacré-Coeur” is a reference to the sacred heart of Jesus. 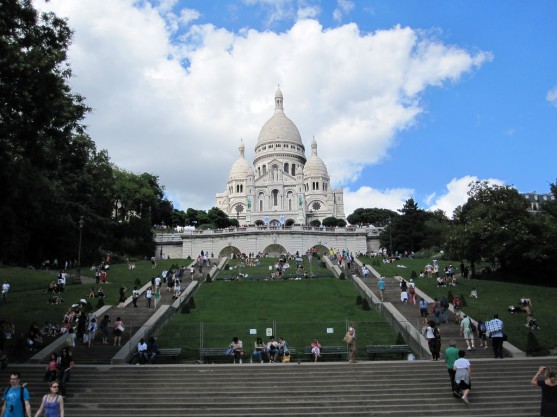 The first Christian chapel was built on Montmartre around 475 A.D., in honor of the martyred St. Denis, who was the first bishop of Paris. 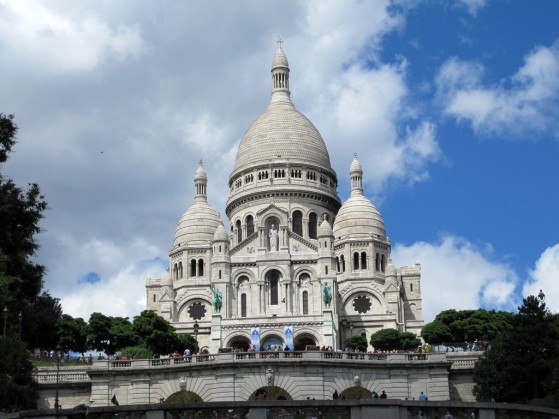 The top of the dome is open to the public, and is the second-highest point in Paris after the Eiffel Tower.  Many tourists visit just for the panoramic views. 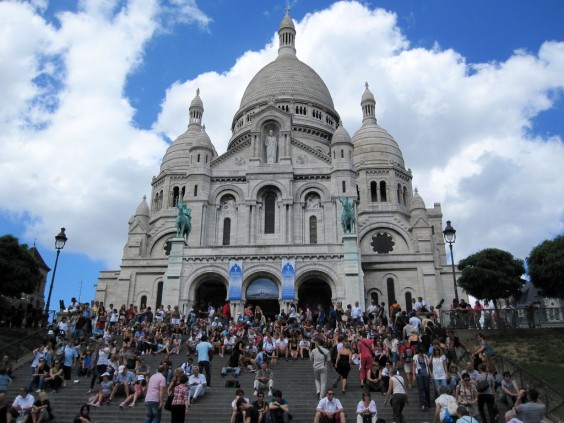 On warm evenings, Parisians and visitors gather on the steps of the Sacré-Coeur to enjoy the view of the city.  Many bring instruments, so there is often live music.  I’ve also read that there are a lot of Bob Marley fans that show up so expect the smell of ‘The Green’ on some nights. 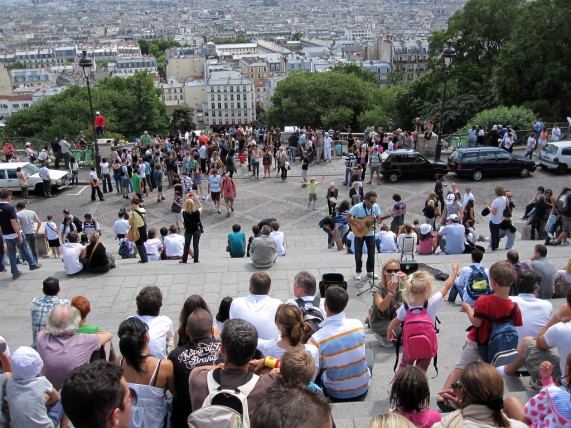 When you look out over Paris from this vantage point, you realize how short the buildings are.  Not too many skyscrapers downtown and none anywhere else.  The oldest traces of human occupation of the Paris area date back to 9800 and 7500 B.C. so Paris has been around for a long time.  You can just imagine how old some of the buildings and dwellings are.

Since 1977, Paris has had a height limit on all new buildings – 121 feet high.  Now that height has been raised to 590 feet.  Look for the Paris landscape to change because of this. 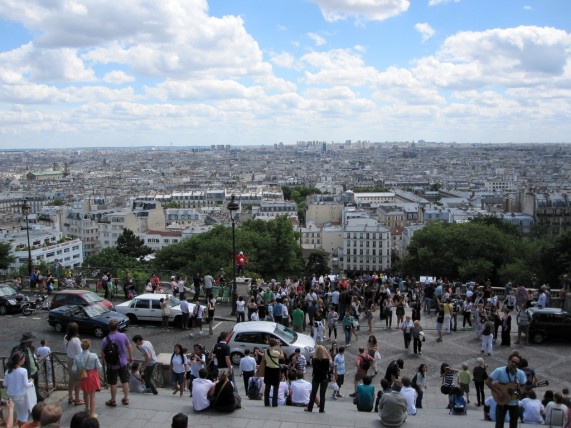 On the way back down, it’s always wise to watch out for pick – pockets.  Any time there is a large crowd of tourists, the low lifes will come out of the woodwork and try to prey on them. 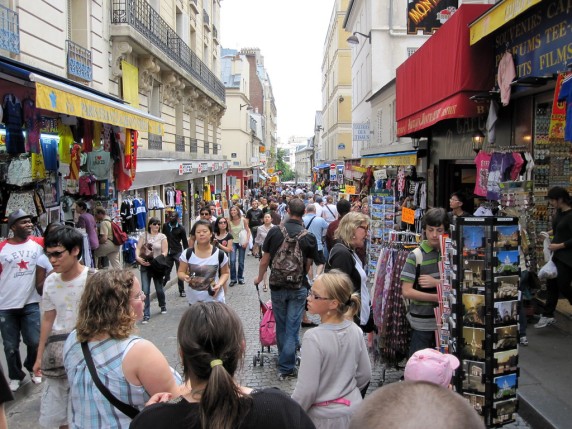 You can see more of my photos and videos from Paris and all over on my website. 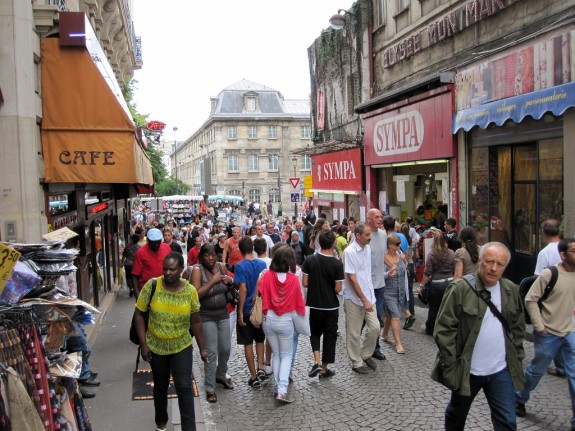