Known as Sin City, Las Vegas is an extremely fun city to visit.  They have the casinos, the shows, the showgirls and the stars.

They also have some very interesting and strange facts about Vegas.  I’ll share some with you in this article. 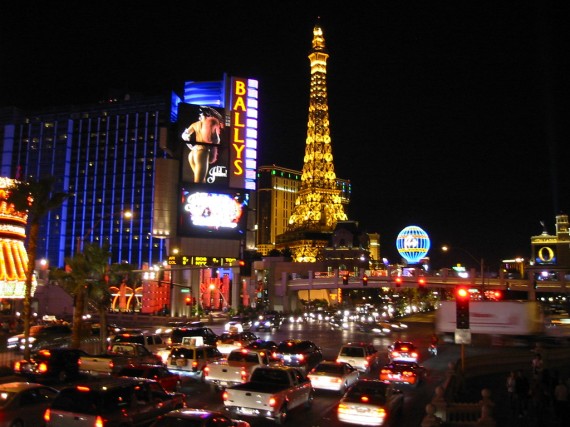 The 1/2 size Eiffel Tower was planned as full size but had to be scaled down because of the airport.

There’s a “Heavy Equipment Playground” in Vegas where you can drive bulldozers for fun.

There’s a place in town where you can pay $40 and shoot a grenade launcher twice.

In 1952, Sammy Davis, Jr. took a swim in a pool at the New Frontier Hotel & Casino and when he was finished they drained the pool and filled it again with new water. It was a “Whites Only” pool then.

A small airline is operated in Vegas by the U.S. Air Force to shuttle workers back and forth to Area 51 daily.

You can drink in public in Vegas as long as it your drink is not in a metal or glass container.

The largest sum ever won on the slot machines in Vegas was at the Excalibur.  A 25 year old software engineer put in $100 and beat the odds of 1 in 16.7 million to win 39 million dollars.

Prostitution is only legal in Nevada in cities with a population of less than 400,000.  This law was enacted to keep prostitution out of Vegas so they wouldn’t scare off tourists from more puritan parts of the country.

On November 27, 1966, Howard Hughes arrived in town by train.  He began staying in the penthouse of the Desert Inn Hotel & Casino.  After months and no sign of leaving, the management asked him to leave.  He responded by buying the Hotel & Casino for about 13 million dollars.  He then went on to buy 5 more casinos.  This signaled the beginning of the end for Mafia run casinos in Vegas.

This is the old sign for Treasure Island.  I liked it and thought it looked good.

This is what they changed it to.  I liked the old one better.

In the 1970’s, Fedex was in danger of going out of business when the CEO gambled the companies last $5,000 dollars on Black Jack and won $32,000 to save the company for a few more days. He was then able to raise 11 million dollars to keep the company going.

A hospital in Vegas had to suspend employees in 1980 who were betting on when people would die.  One nurse was even accused of murdering a patient so she could win.

It would take 288 years for a person to spend one night in every hotel room in Vegas.

The Las Vegas strip is the brightest place on Earth when looked at from space.

This photo was taken in front of the Treasure Island Hotel & Casino.

The Stratosphere Las Vegas is the tallest free standing observation tower in the nation at 1,149 feet.

I’ve stayed at a lot of hotels in Vegas during my many trips and the Venetian has some of the nicest rooms. 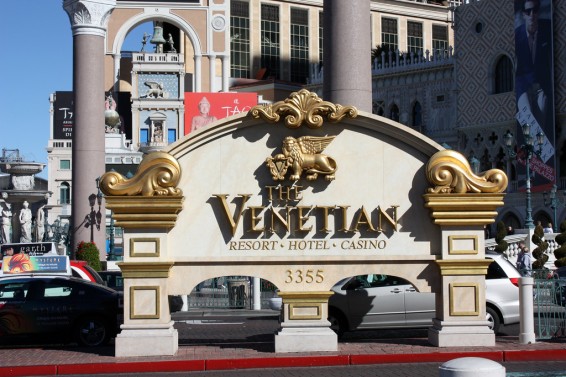 There’s a service in Vegas that will come to you and cure your hangover with IV fluids and IV vitamins.

Customers over 350 pounds eat for free at the Heart Attack Grill restaurant in Vegas.

Everyone remembers when the tiger bit Roy Horn of Siegfried & Roy.

They were famous for performing with white lions and tigers and up until their early retirement, due to Roy’s injuries from the bite, were the most visited show in Vegas.

This is what a Vegas police car looks like.  Let’s hope you never see the inside of one. 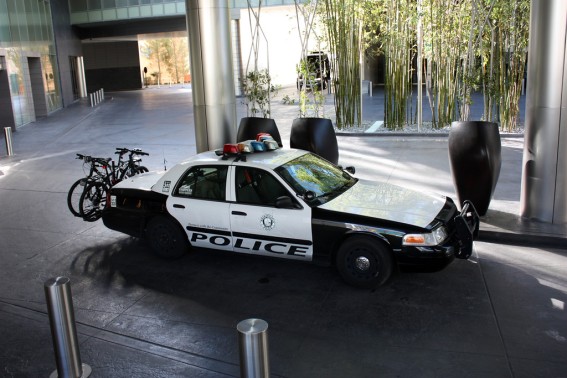 In Vegas, you’ll see lots of stretch limousines.  I thought this one was pretty unique.

You’ll see ads for girls everywhere.  There will be guys on a lot of street corners trying to hand you business cards with girls and phone numbers on them.  The police set up sting operations to catch prostitutes and their Johns, so if you do call a girl, it’s at your own risk of going to jail.

This is the Hotel Registration / Check In area. 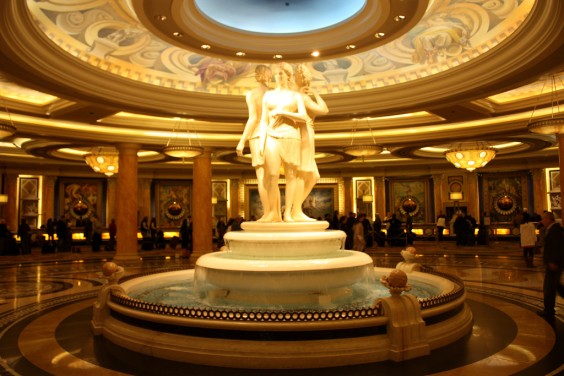 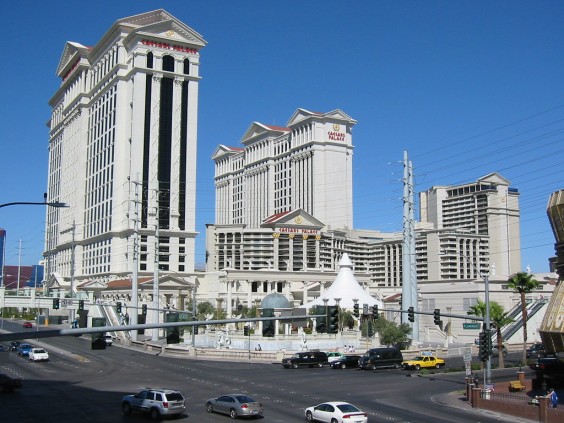 I think it looks better at night with the lights on the buildings. 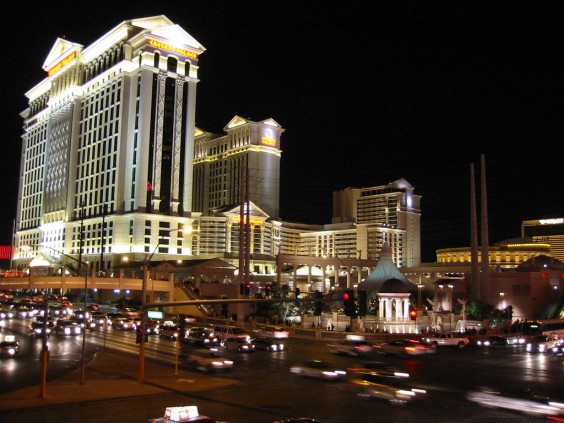 The Colosseum was built especially for the Celine Dion show.

It has a seating capacity of 4,296 and has hosted other entertainers like Elton John, Bette Midler, Cher, Shania Twain, Rod Stewart and Mariah Carey.

It’s the most expensive entertainment venue in Las Vegas at a cost of 95 million dollars. 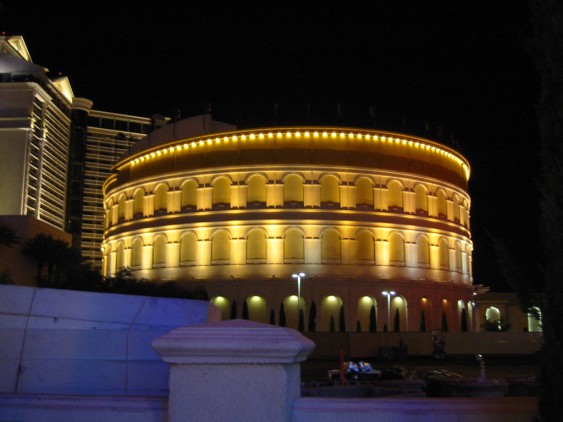 The Colosseum has also hosted many comedy shows by such stars as Jerry Seinfeld, Kathy Griffin, Chelsea Handler, Dave Chapelle and Ellen DeGeneres.

This is what you see as you enter Caesar’s Palace.  I’ve stayed there and the shopping mall is really cool.

Here’s an interesting fact about Vegas.  In the Chinese culture, the number 4 is bad luck.  A “Whale” is a very high roller and bets a lot of money when he comes to town. 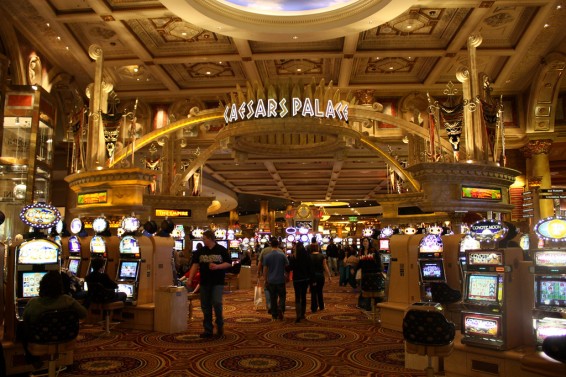 Here’s a look at the shopping mall I mentioned.  Lot’s of stores and restaurants.  Great “People Watching” also.

This is a picture of part of the Poseidon Sculptures in the Forum Shops of Caesar’s. 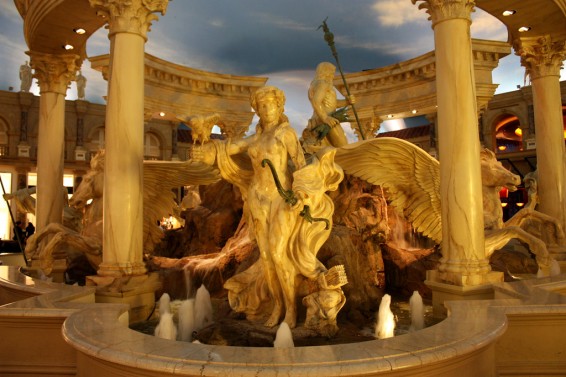 Here’s the view of Poseidon and his triton.

What’s better than losing all of your money? 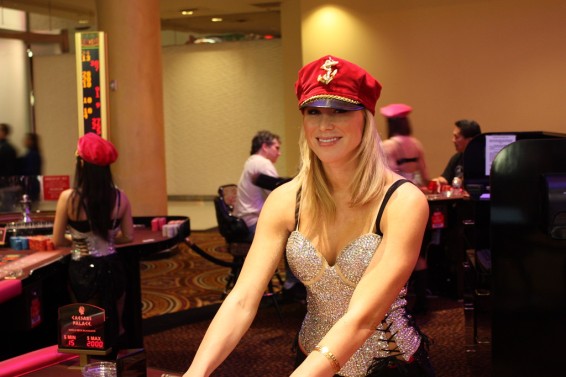 Losing it to a sexy dealer.

Las Vegas is also known as Lost Wages because it almost sounds the same and is so true.

The photo below was from one of my trips to Vegas.  I had a good time of that trip.

I’ve been to Vegas several times now and will always love traveling there.  I plan to make many more trips there before I “Kick the Bucket”. 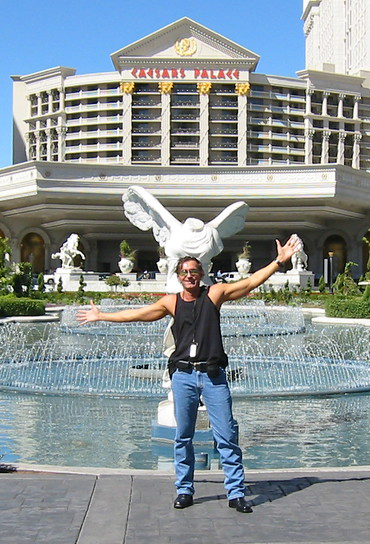 I hope you’ve enjoyed reading about Sin City.  You can see more photos of Vegas and 25,000 more on my website.