Each year, Houston has a parade for St. Patrick’s Day.

Jim here, is a Marshall for the parade and helps keep it on schedule. 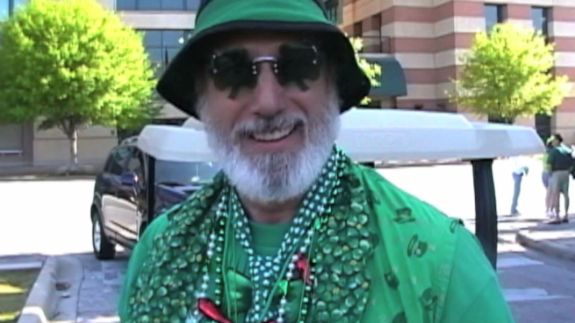 They have a Queen at the opening ceremonies.

She’s always attractive and wearing green in her outfit.

The parade starts with a Houston Police Department car and the military. 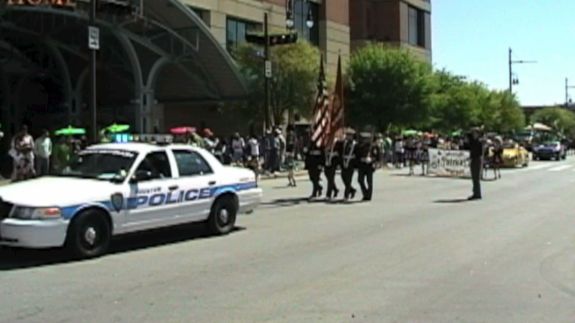 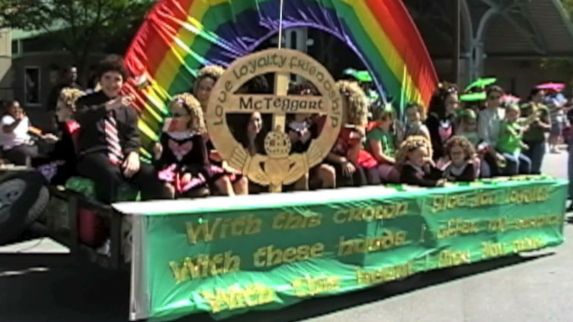 The Houston Mounted Police are always in the parade. 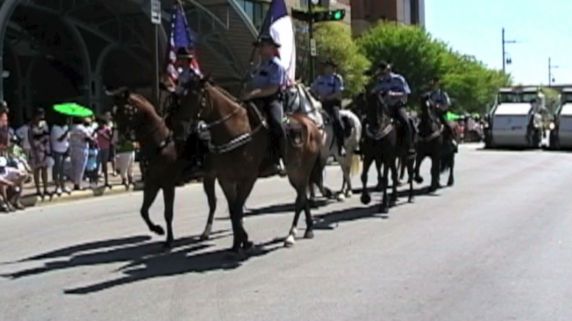 A band playing bagpipes makes a regular appearance.  I love this type of music.

This is a very old fire truck.  I love these.

The people in the parade will throw out candy and prizes to the crowd. 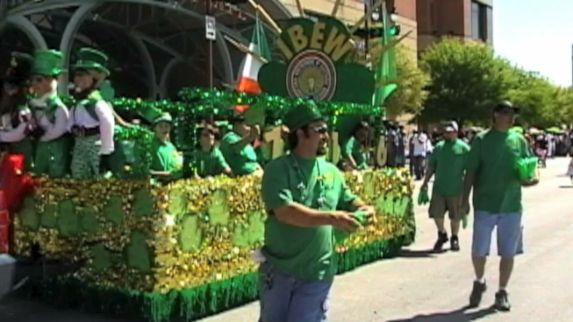 Here’s an old fire truck that has been painted green.  I think it looks cool. 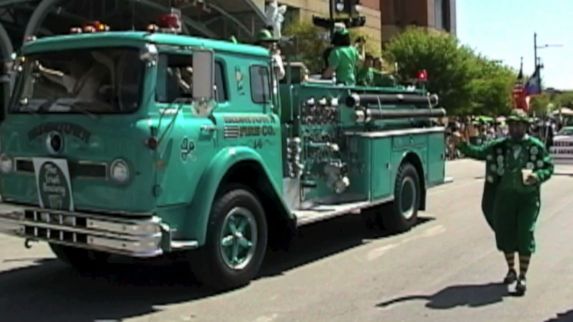 Another cool part of the parade is when all of the DeLorean owners in town come riding by.

These are very famous sports cars.  There was one in the movie ‘Back to the Future’ with Michael J. Fox. 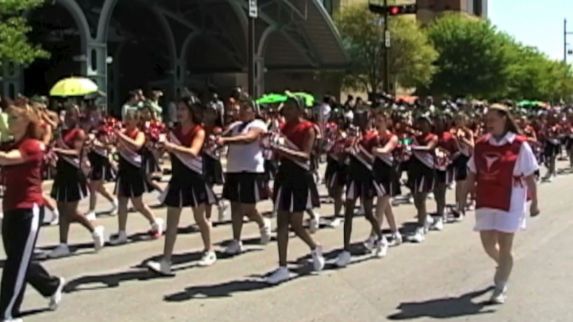 Here is the Queen on her own float, waving to the crowds.

Irish Dance Groups also walk in the parade.  I like the wigs they wear. 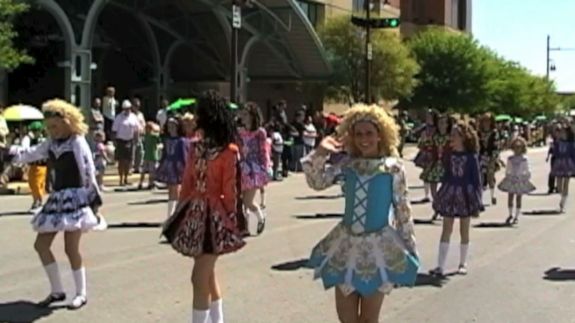 Some cars from the Art Car Parade make an appearance in the St. Patrick’s Day Parade.

The Shriner’s come by in little cars. 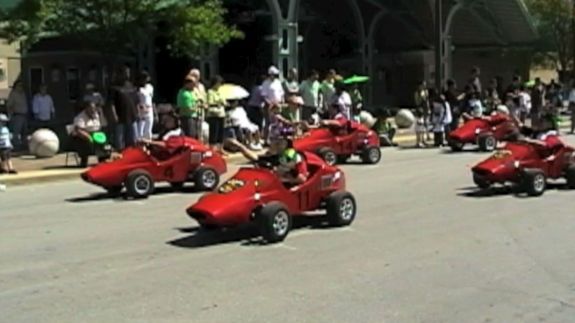 Then some more Shriner’s ride by on motorcycles.  They ride in formation to entertain the people along the route. 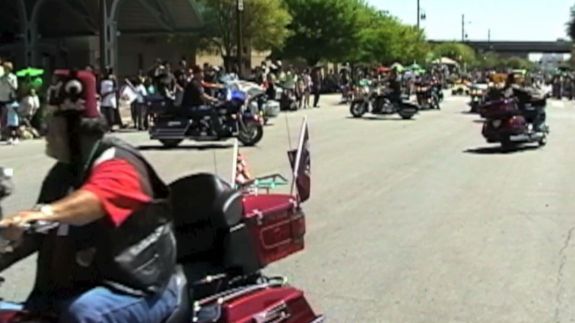 Finally, the Shriner’s ride by again in more small cars. 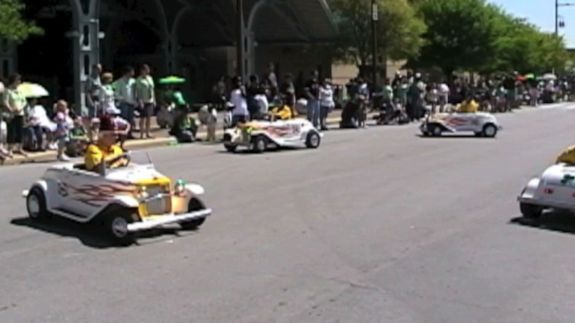 Here is one of the Dance Groups I mentioned earlier.

Most of the floats are decorated in green for St. Patrick’s Day. 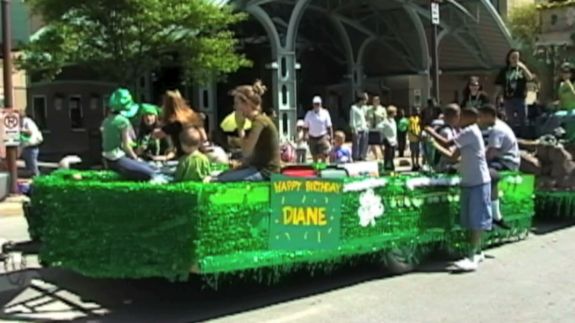 This was a nice float. 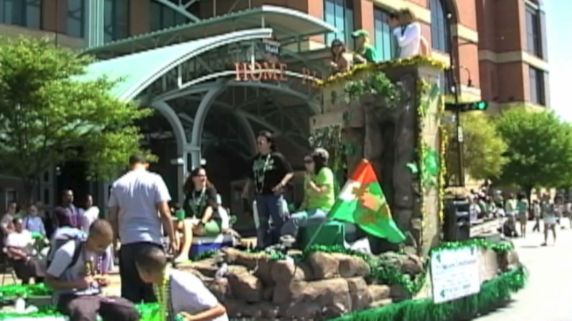 This juggler balanced his uni-cycle on his chin while juggling.

Then he rode on down the road to do it again for the people along the route.

This group was promoting Falun Dafa, which is a practice that helps the mind and body. 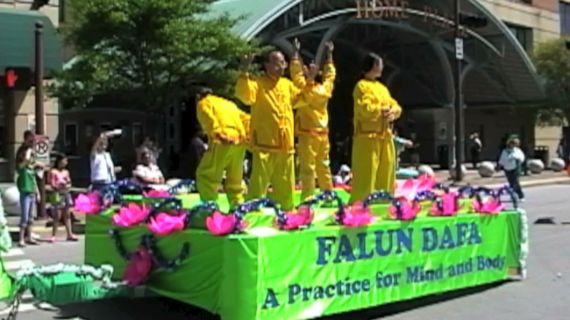 Here’s a green decorated trailer carrying people in the parade. 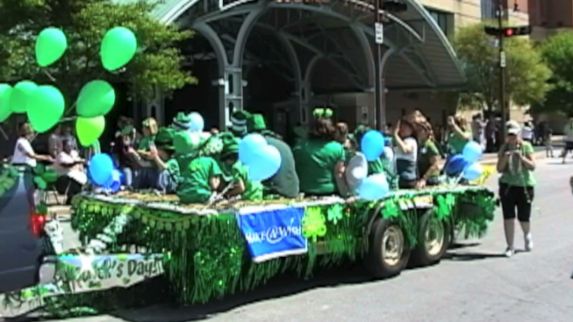 This float had a large Leprechaun on it.  It was very nicely decorated.

This was an old army transport vehicle.

I love these old army jeeps. 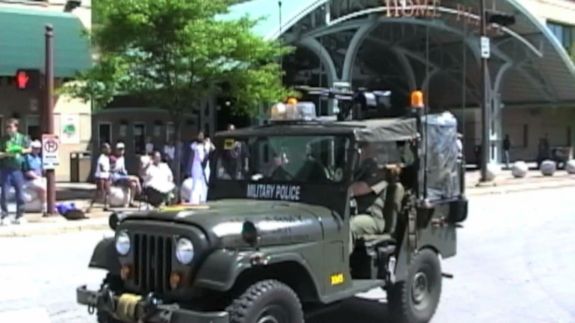 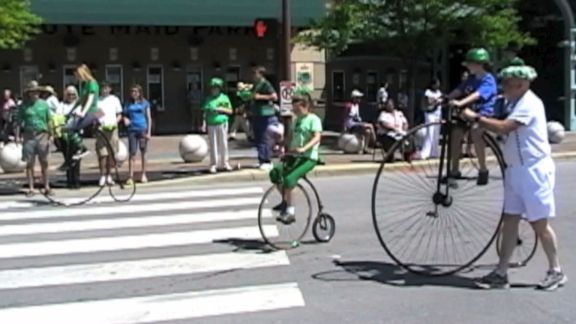 I’d drive it all the time if I had one. 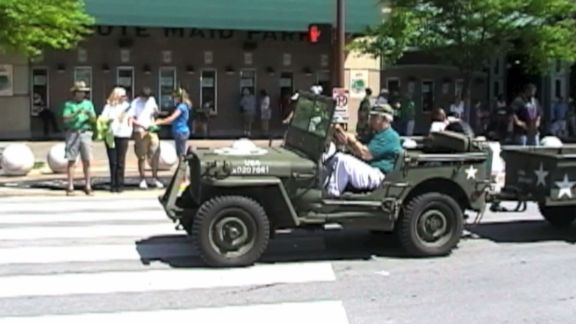 There were people riding scooters and Segways.

This group of Irish dancers would stop along the way to dance for the people.

They were at the end of the parade, but I liked watching them dance very much.

There were many more floats and groups than what I just showed you, so if you get the chance to go see a St. Patrick’s Day Parade you should go.

You can see more than 25,000 travel photos on my website, as well as all of my travel and event videos.