I’ve enjoyed myself every time that I’ve traveled to San Francisco.

I’ve toured the Golden Gate Bridge.  I went to Alcatraz and went on a tour there.  I’ve spent time around Fisherman’s Wharf and also the Haight / Ashbury area.

And I had a great birthday celebration in San Francisco one year.

One of the other things that I did was to go to the zoo.

This article is about my trip to the San Francisco Zoo.

I didn’t get as many photos as I usually get, but I enjoyed my day at their zoo. 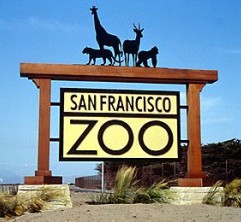 It was very scenic and picturesque.

The animals had great habitats and seemed to be well cared for.

A little train brought children and their parents around the zoo for a fun ride.  This was a neat added attraction. 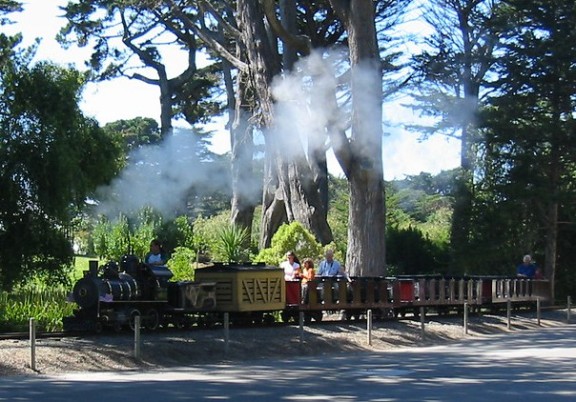 The water for the penguins looked kind of greenish and not clear blue like at the Indy Zoo. 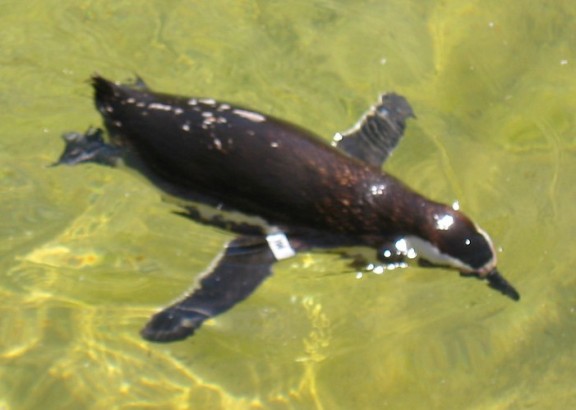 They seemed to be enjoying it though, so I guess that’s all that counts.

Penguins are carnivores.  They eat shrimps, krill, squids and fish.

They live between 15 and 20 years, depending on the species.

And they are social animals.  They live in large communities composed of a thousand to ten thousand couples.

Seals spend much of their life in water, but they mate, give birth to babies and take care of them on the shore.

Kangaroos are the only large animals which move by jumping.  It is an efficient way of motion because it preserves energy.  Kangaroos cannot move their hind legs separately during jumps.

Male kangaroo can leap the distance of 30 feet and 10 feet in height.  It can reach the speed of 40 miles per hour through jumping.

Tigers are solitary animals.  They meet only during mating season.

In rare cases when tigers form a group, it is called a “streak” of tigers. 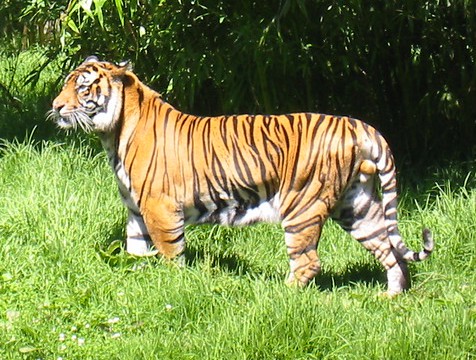 They are territorial animals, which means that they demand a certain piece of the wild just for themselves.

Depending on the tiger species, that area usually ranges from 10-30 square miles, but in some cases it can be much larger – up to 120 square miles. 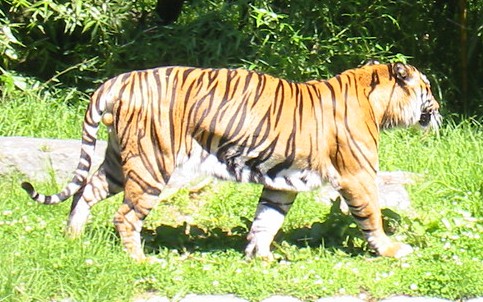 Tigers will mark their territory with a mixture of the urine and liquid from a gland that has intensive smell.  That way, other tigers will know that territory is occupied.

Besides them, they can attack and kill a python, crocodile and even a bear.

Giraffes can run up to 35 miles per hour on a short distance.

Most giraffes have 2-4 horns on their forehead.

Giraffes live 10-15 years in the wild and around 25 years in captivity. 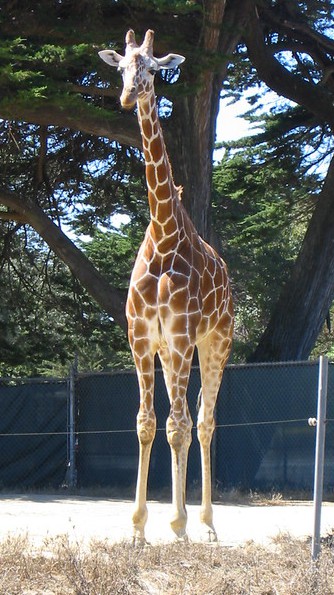 Elephant’s favorite food is acacia.  If ants crawl on the tree, elephants will move away from the tree because ants can injure an elephant’s sensitive trunk.

Elephant’s skin is one inch thick, but it can burn in the sun if it is not protected.

Elephants use mud to cover their skin and protect it from the sun.

Elephants communicate by producing sounds that humans can’t hear and by producing vibrations in the ground using their feet. 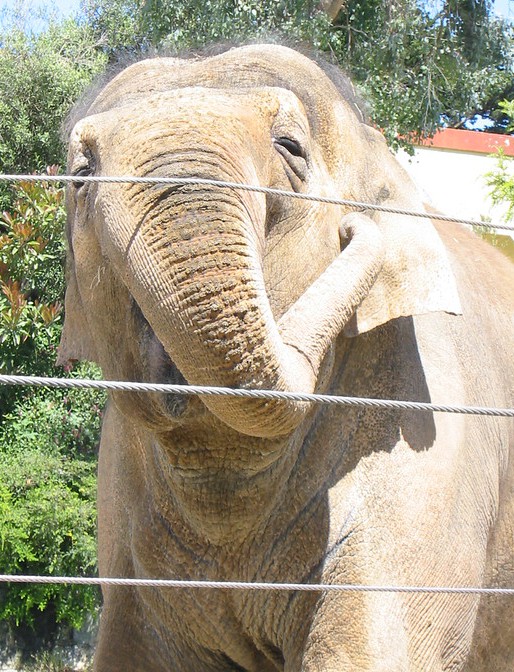 Elephants perform a “burial ceremony” when they lose a member of the herd.  They gather around the body and stay in silence for a while.

They will use branches to cover the body before they leave.

Elephants live 60-70 years in the wild.  In captivity they can live more than 80 years.

This rhino has had its’ horn cut off by zoo staff.  It doesn’t look like a rhino without the horn.

Although their skin is thick, it is soft and can suffer sunburn.  Rhinos cover themselves with mud to create a protective layer on the skin.

The longest measured horn on a rhino was 4 feet and 9 inches long. 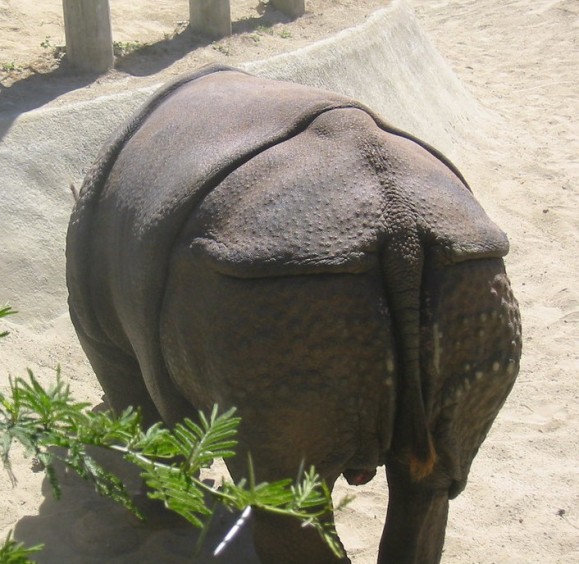 This reptile from the crocodile family was the only reptile I photographed at the San Francisco Zoo.

Their flamingos didn’t look that great when they had their feathers bristled out like this.

Notice the little white baby flamingo in this picture.

Flamingos hold their breath while feeding. 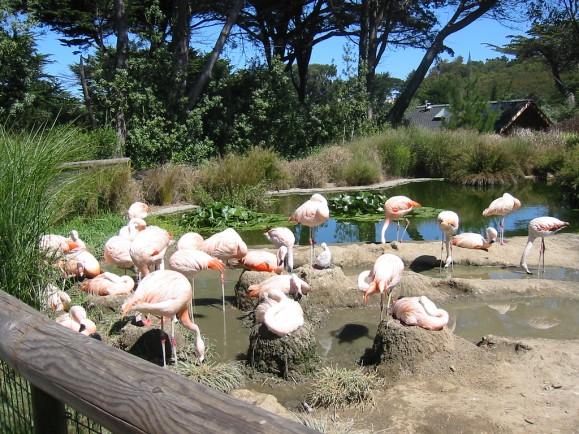 I hope you have enjoyed looking at my photos from the San Francisco Zoo and reading about the animals.

I have over 25,000 travel photos on my website, as well as my videos, for your viewing pleasure.