I attended Amazing Comic Con in Houston this year and had an enjoyable time.

I got to meet a lot of nice people and get a some great photographs of them in their costumes.  Some of the people I interviewed for my YouTube Channel and TV Show.

I have many more photos from the event on my website, but here’s a few for you to check out.

This girl made a very cute Harley Quinn character.

I liked this girl’s costume and body paint.

After I took photos of her and with her, I interviewed her too.  She had a good pose. 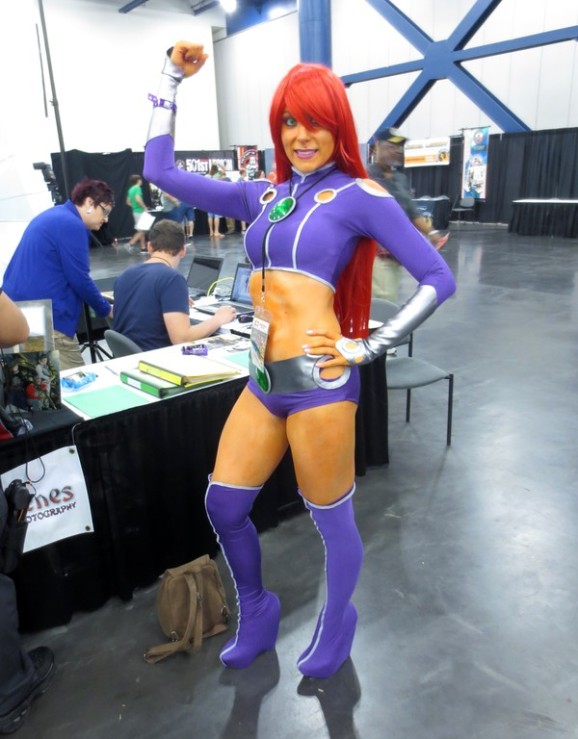 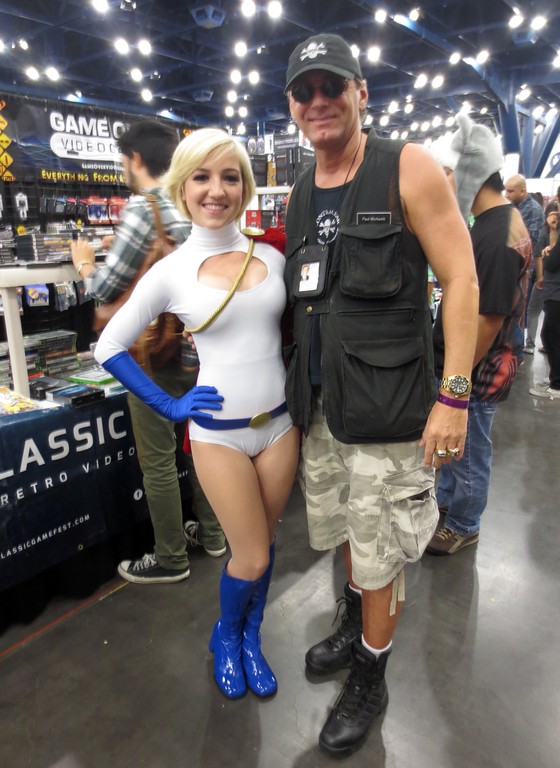 She told me that her and her sister made her costume by sewing it together.  It fits her pretty well.

I met and interviewed a really cool Batman.  He said he goes to hospitals as Batman and the kids go crazy.  He told me they mostly ask him if he can come home with them, lol.

I always see lots of Harley Quinn characters.  I like this girl’s wig.  I interviewed her and I had done so before.  She’s a great cosplayer.

I got a photo with a Star Wars Pilot.  You always see many Star Wars characters.

This photo with Darth Vader came out really good.  I like it. 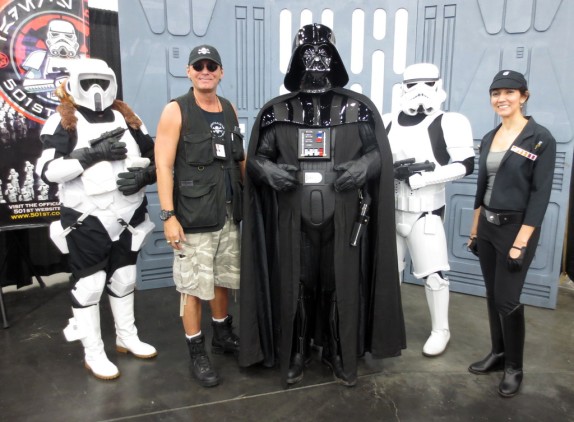 I got the chance to meet the original Darth Vader from the movies.  He’s very old now, but still a very nice guy. 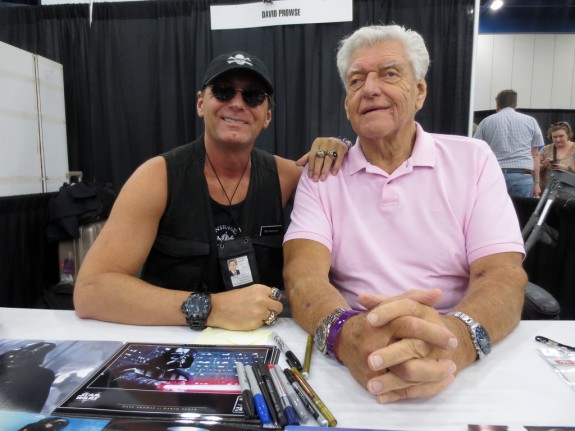 I also got an autographed photo from him.  I chose the photo where he is about to choke the life out of somebody, lol. 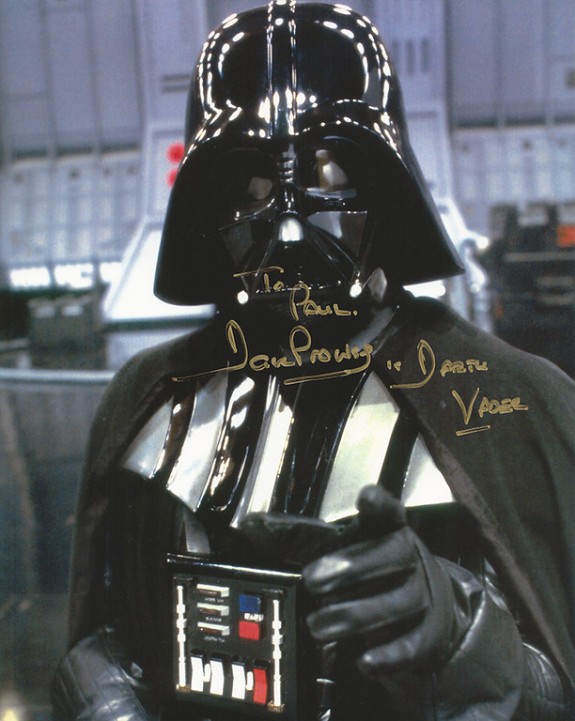 This girl had a really good Deadpool costume on.  And she was a good interview.

I saw many Captain America’s at this event.  Here’s one. 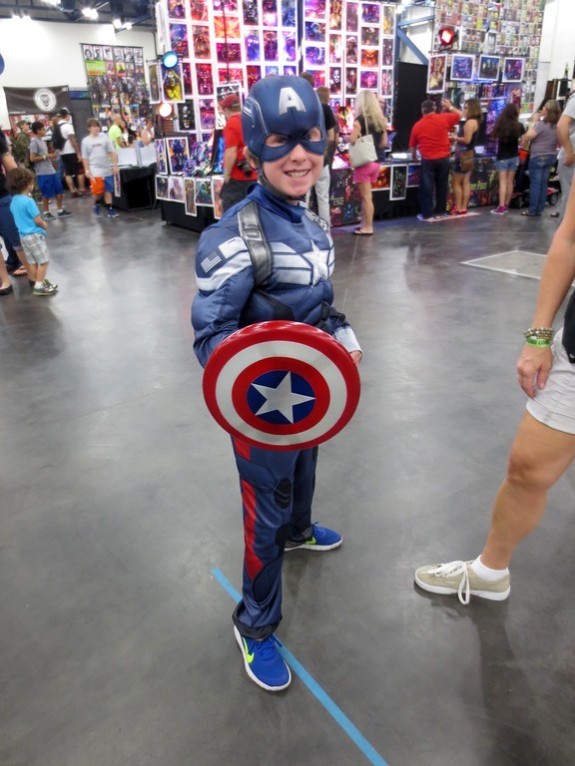 This young lady told me how she got her complete Wonder Woman costume for $20 at a Goodwill store.  What a bargain.

Here’s a Joker that didn’t skimp on the make-up. 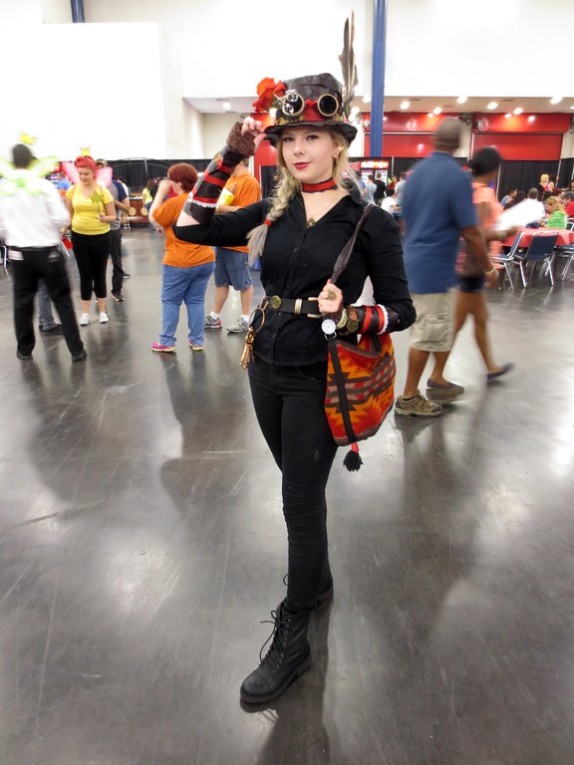 Here’s another Harley Quinn.  I’m always amazed when they have large mallets with them. It goes with the costume, but it must be a pain in the ass to carry around all day.

Here’s another Wonder Woman.  I think this is my favorite costume for girls.

I got a picture with this girl playing the character Black Cat.

Then the next day, I got a photo with this girl as Black Cat.  This is also a popular costume among the ladies. 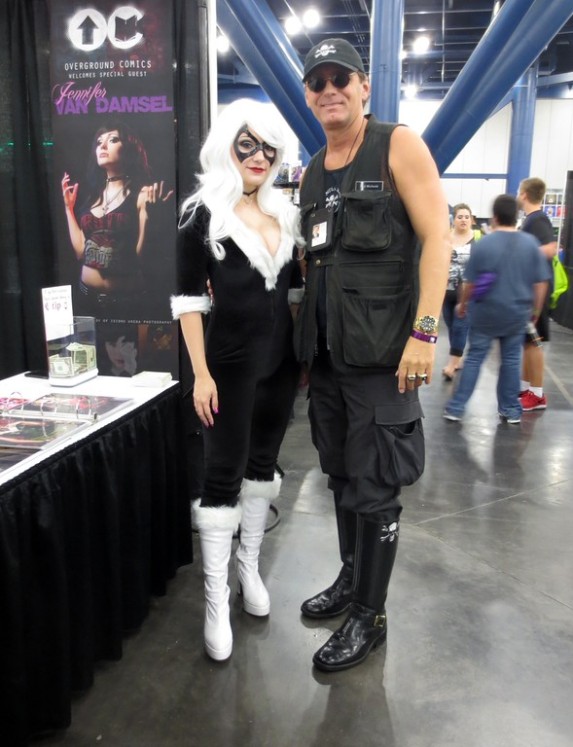 I also like to see girls in the SuperGirl costume.  This is one of the better costumes for SuperGirl that I’ve seen.

I did a long interview with this Harley Quinn and it came out great.

This bundle of fun is Celeste Ledger.  I see her at the Comic Con’s and I always try to interview her. She’s fun.

I never get tired of photographing girls in Wonder Woman costumes, lol. 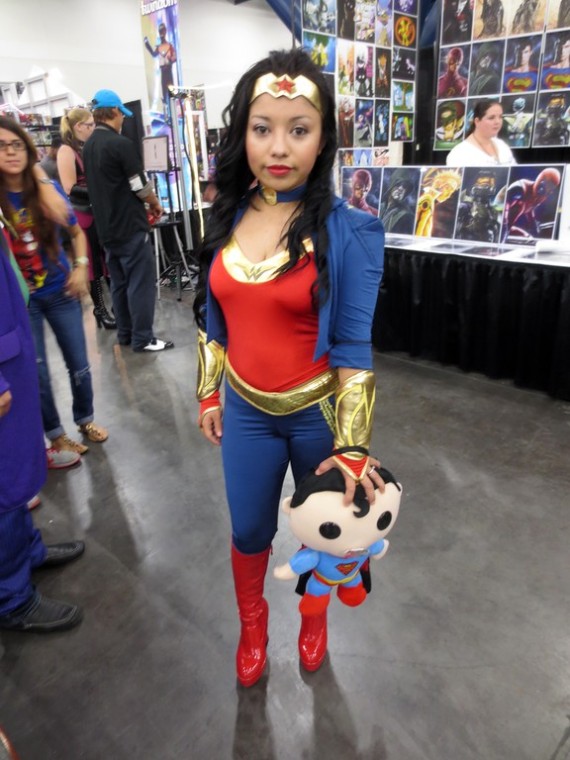 This huge man’s name is Phil and I see him at the Comic Con events also.  I like his outfit. What a large hat.

I hope you’ve enjoyed reading about Amazing Comic Con and looking at my photos.

To see the rest of the photos from the event, just click on the link below and you’ll find them along with 30,000 more travel photos for your viewing pleasure.