The citizens of Amsterdam use bicycles to get around town quite a lot.  Amsterdam’s urban area population is 1.1 million. 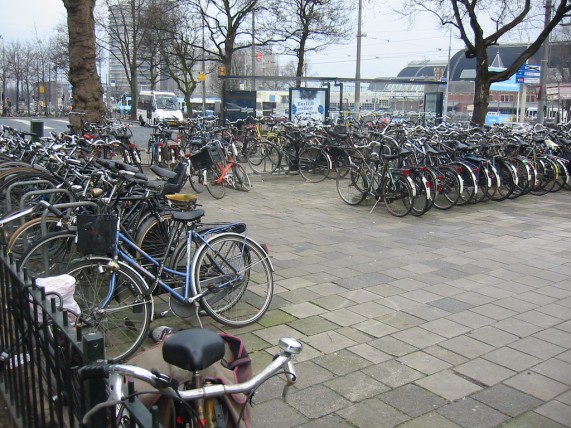 Amsterdam’s bike paths are colored brown in order to differentiate them from foot paths. 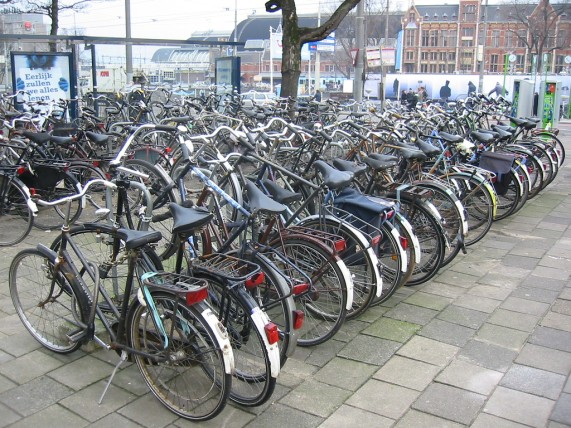 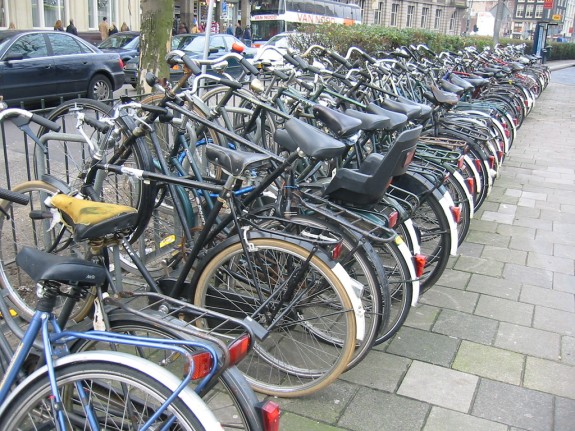 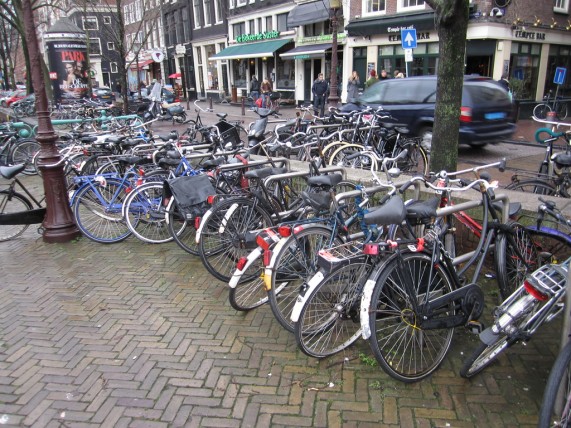 This angered a lot of people.  Two bike rental companies sued him and the publisher because they said he was responsible for the hundreds of bikes they’ve had stolen over the years. 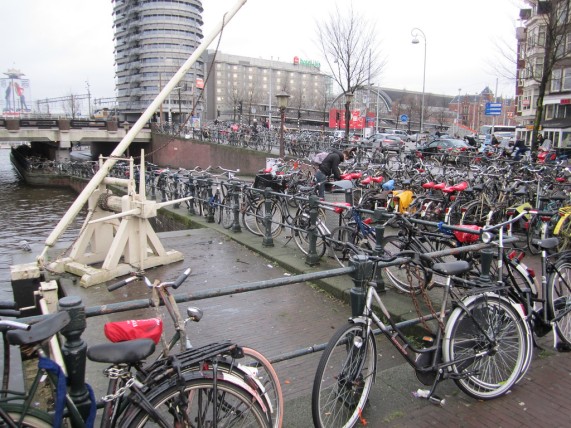 Drug addicts steal bikes for drugs and they sell them within hours; sometimes for as little as $13 dollars. 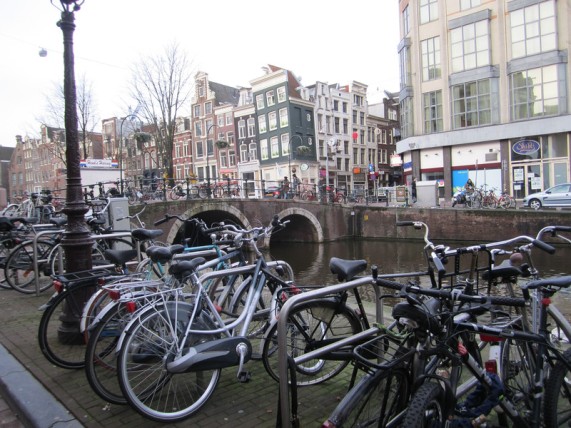 Now, checks on bike dealers have made it harder to sell a stolen bike because each bike has a number on it. 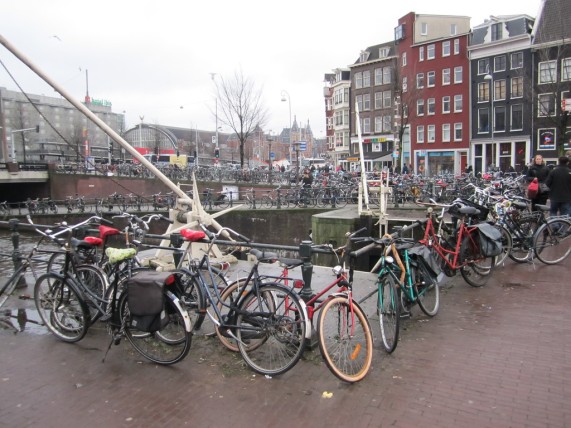 Belgium, Germany and Spain are now common destinations for stolen bikes from Amsterdam. 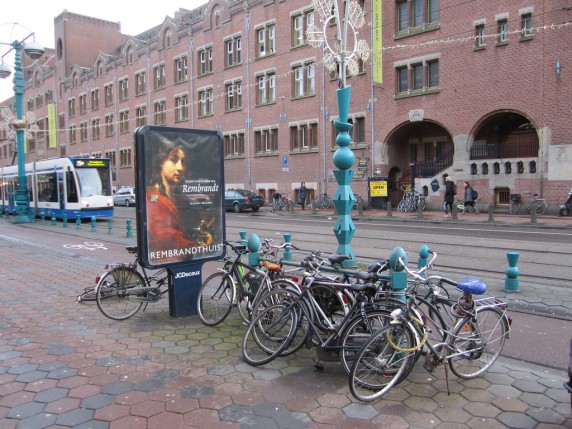 Organized gangs have taken over stealing bikes.  They will shift hundreds at a time, mostly to Belgium. 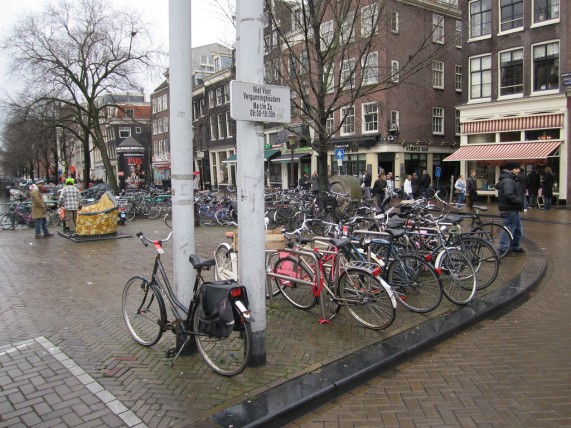 Bicycle thieves now have clients they steal bikes for.  One thief gets 20 Euros per bike.  He’s been doing this for years. 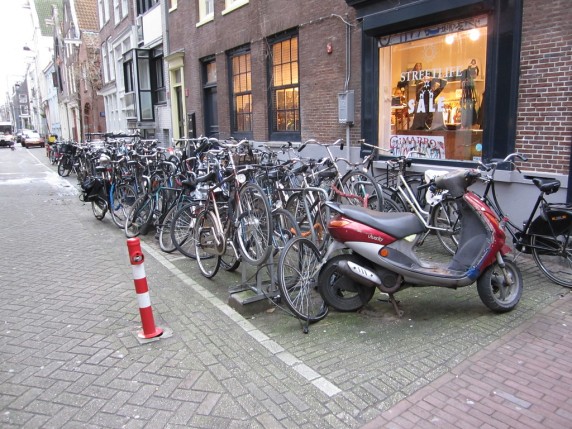 A number of arrests for bicycle theft in Amsterdam in recent years ranges from three to four hundred. 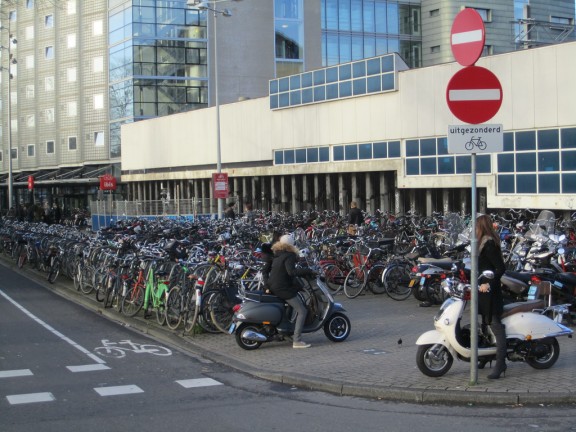 A poll of 2,000 people showed that 80% of them have had a bicycle stolen from them at least once.

Below is the bicycle parking area near the train station. 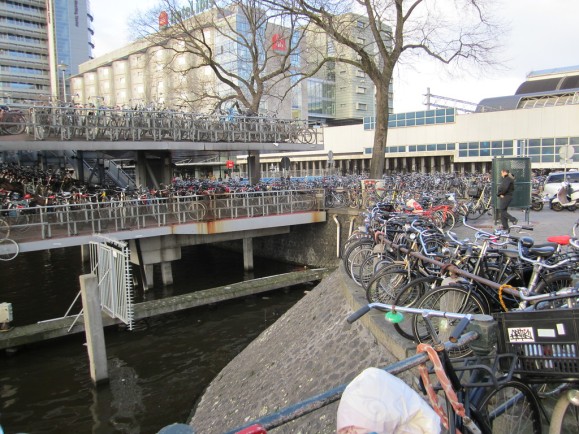 Guess how many bikes this three storied parking garage can hold.  There’s another level in the back that can’t be seen in this photo. 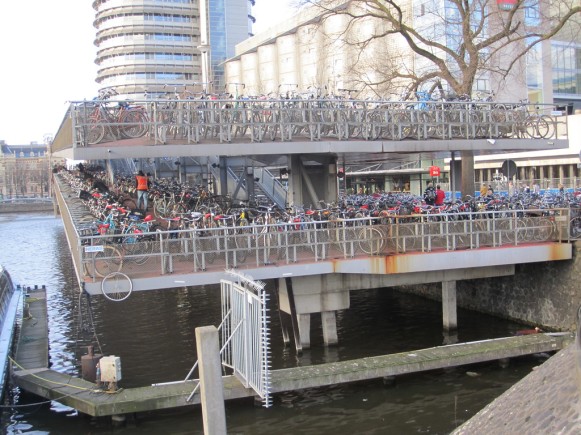 I hope you’ve enjoyed reading about Amsterdam’s Bicycles.  You can see more photos of Amsterdam and over 25,000 more on my website.