The Beer Can House – Houston

John Milkovisch, a retired upholsterer for the Southern Pacific Railroad, started his project now known as the Beer Can House in 1968 when he began inlaying thousands of marbles, rocks, and metal pieces into concrete and redwood to form unique landscaping features.

The house in 1968 before the project began. 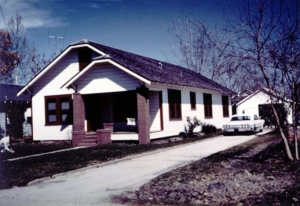 Ripley’s Believe It or Not estimates there are 50,000 beer cans used in this endeavor.

These are all beers that the owner drank, along with his wife and neighbors.  In order to get to 50,000 beers, they had to average drinking 6.5 beers every single day for 20 years straight.

I’m surprised he didn’t die from cirrhosis of the liver, lol.

Then again, that would be dying for your art.

He covered the ground with concrete that he decorated with marbles because he didn’t like to mow the grass.

The fence leading to the driveway was covered.

The fence in front of the house also.

Some even 0n the sidewalk in front of the house.

Even the planter had beer cans on it.

The fence that runs alongside the driveway was covered too. 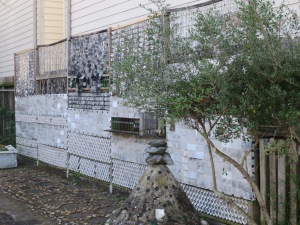 John considered his work an enjoyable pastime rather than a work of art, but he did enjoy people’s reaction to his creations.

He once said, “It tickles me to watch people screech to a halt. They get embarrassed. Sometimes they drive around the block a couple of times. Later they come back with a car-load of friends…” 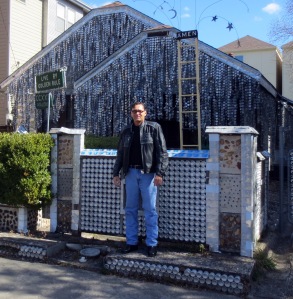 I went by today but for some reason they weren’t open when they were supposed to be.  There’s more to see, so I’ll show you those additional photos when I get them.

Also, there’s another place that is called a monument.  It’s closed until March for renovations.  I’ll be sure to share with you when it opens again.